Spandau’s Marko Stamm: On a Good Day, Everything is Possible! 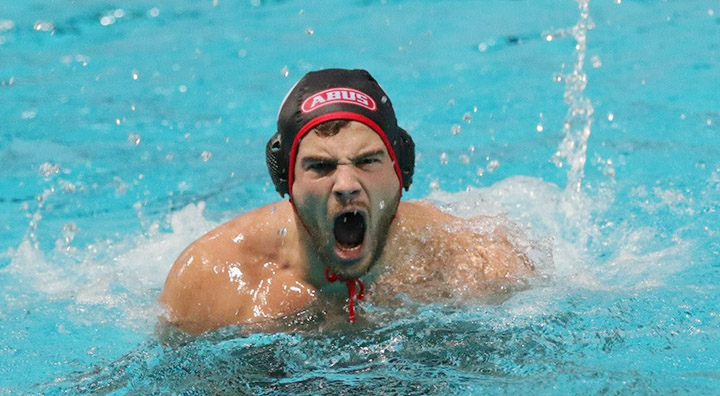 While packing bags for Genoa, we got the chance to quickly talk to Spandau’s lethal driver Marko Stamm about the current season as well as his expectations in Genoa after an intense final series in the German Bundesliga.

Spandau just finished the intensive final series in Germany’s national league – Will this serve as momentum or as baggage going up against Olympiacos?

I think the final series was great preparation for our three upcoming games! Of course, it took a heavy physical toll but served as a great promotion for the sport of water polo in Germany.

What are your personal expectations for the Final Eight in Genoa?

This year we have proven that we are able to annoy and even beat any opponent! We are not going going to Genoa just to collect some playing experience – on a good day, everything is possible and each game starts with a 0:0.

What is your resume on both Spandau’s national and international performance within this season so far?

Our performance in the national championships definitely showed that this season’s main focus was on our international games. Thus we weren’t always able to achieve the form we showed in the Champions League on the national level… But I am ten times happier to be part of Europe’s eight best teams than to be national champion for the 11th time!

Maybe a little early, but has Spandau already set its eyes on next year’s Final Eight set in Hannover, Germany?

Next year, we want to prove that we are constantly evolving on an annual basis and that we can reach the Final Eight again! Our current squad will remain as is and maybe get even stronger – we have a good chance of packing our bags for a longer trip to Hannover next year. Apart from that, having two German teams among the Final Eight would be a big statement to the rest of Europe.

Thank you, Marko, and good luck to you and your team in Genoa!