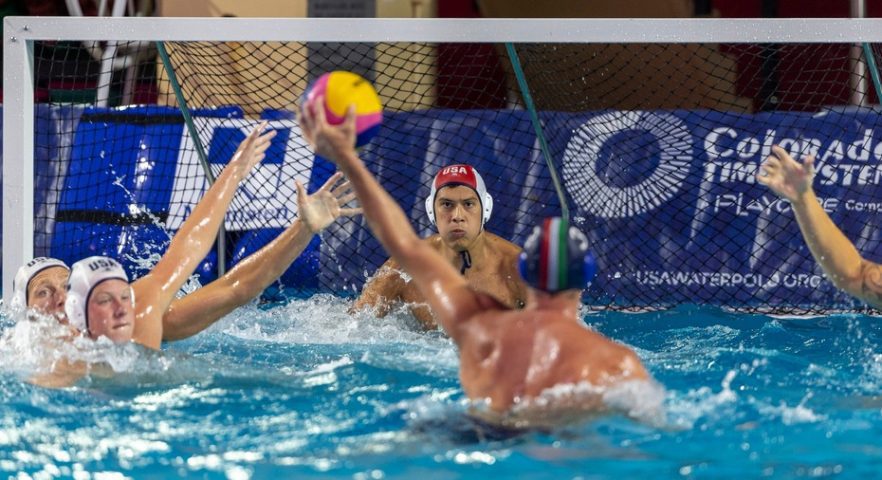 The male national teams of Italy and the USA closed their Californian tour and series of three friendly matches with a very exciting game at Santa Clara University.

Team USA recorded a 21:20 victory after a penalty shootout. In the end, the score in the series is 2:1 in favor of the USA, which won the 1st and the 3rd match.

The hosts had a 2-goal lead 18 seconds before the end, but Italy managed to equalize and secure a penalty shootout. However, the hosts made no mistake in the shootout, while their goalkeeper Weinberg made the only save, and the USA emerged as the winner.

After a 6:6 first half, Team USA was a better rival in the third quarter. Marko Vavic scored two goals in this period. The second came just 25 seconds before the last break. He made it 11:8, and three goals separated the rivals for the first time. But, Luca Damonte answered immediately for 9:11.

The Americans built a 4-goal lead in the fourth period twice (13:9 and 14:10). It seemed that the hosts had secured the win. Still, Italy halved the deficit (13:15). In the 30th minute, Chase Dodd found the net for 16:13. But Italy didn’t surrender and came close once more – 14:16. In the final minute, the visitors went in a 7-on-6 attack. Goalkeeper Gianmarco Nicosia arrived in front of the USA’s goal. He netted from a close-range shot for 15:16 with 18 seconds left on the clock. Team USA lost the ball in its last possession. Luca Damonte, who stole the ball, sent it into the net with just four seconds to go – 16:16 and the match entered the shootout.

Damonte was the only one who didn’t score in the penalty shootout. Adrian Weinberg saved his shot in the 1st round, which proved crucial for a 21:20 victory.

Both teams will be in Europe in a few days as they will play in the World League Super Final in Strasbourg that begins on July 22.