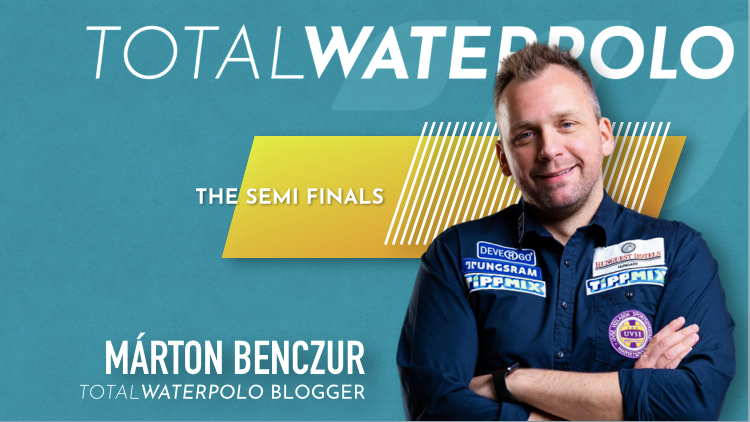 On the eve of the semifinal games at the female tournament, Marton Benczur continues his series of blogs for Total Waterpolo

The best offensive team against the best defensive squad, a fierce battle is expected.

So far, the Russian national team has made its usual rolling offensive game. Only Hungary could keep them under 10 goals and beat the Russians in the group stage. The tournament’s top scorer so far, Olga Gorbunova (20 goals) meets Debby Willems, the tournament’s best goalkeeper. If you want to make it to the finals, you need to find a way to break the Dutch national team’s so-called concrete-safe defense. Which side would be best suited to do that if not the Russian?

Fantastically creative players make up the Russian team, Gorbunova, Bersneva, the “teacher” Prokofyeva and the line could be continued. I have to point out Elvira Karimova, who is a real star (without any submissions) for the European Championship, and she has scored the most beautiful goal of the tournament against the Hungarian national team by pushing!

The Dutch national team has so far beat anyone with whom they have met, even the World Championships silver medalist Spain, with impressive confidence. Highly the best defense so far in their Dutch gate with Debby Willems returning after a long miss with an efficiency of over 70%. With her excellent defense in the Dutch team, the usual heavy artillery Van der Sloot and especially the inspired form Maud Megens scatter goals. The Dutch team seems to be the most united team so far. No matter who gets into the water, the team’s performance is good, with Nomi Stomphorst playing a considerable role in his team.

It will be a fantastic battle, will the best attack defeat the best defense? I’d guess the defense would win if I had to guess, but not to my luck …

The host Hungarian team is also facing a huge battle against the Spanish team, the runner up from the World Championships.

The home team has been very confident in reaching its objective to participate in the Olympics, even winning against the Russian national team. The semi-final is expected to be played in front of more than 6,000 spectators, which is a huge benefit for Hungarians. The Hungarian side is very balanced, and captain Rita Keszthelyi is one of the best players in both defense and attack. The Hungarian centers are also unstoppable so far, both Gyöngyössy and Parkes delivering goals to people who have the advantage. Their goalkeepers Gangl and Csehó-Kovácsné Kasó also defend in a balanced way. It may be interesting with which goalkeeper Attila Bíró will start the game.

The Spanish national team is so experienced that it can withstand the pressure of a Hungarian team supported by thousands of fans, but they have to play better than before. They know precisely what both the professional team and the players can trust in their vast routine. They must improve the goalkeepers’ performance, as the Hungarian side is a powerful opponent. Knowing the abilities of Laura Ester, she will be able to do this to the maximum, and she will play a key role. In the field, the unstoppable Maica Garcia and Beatriz Ortiz will have to take the team on their shoulders. Both of them are performing well at the ECH. It is a great strength of the Spanish team that besides them, there are more players who can decide matches. Roser Tarrago or Anna Espar can become the key players at any time.

Excellent mood, thousands of spectators, fantastic players must see it all!

Of course, due to the advantage of the home field and my heart, I would bet on the success of the Hungarian national team if I had to, but just like in the Russia-Netherlands game, I wouldn’t have to guess either.