The United States take Gold against a gutsy Greece in Belgrade 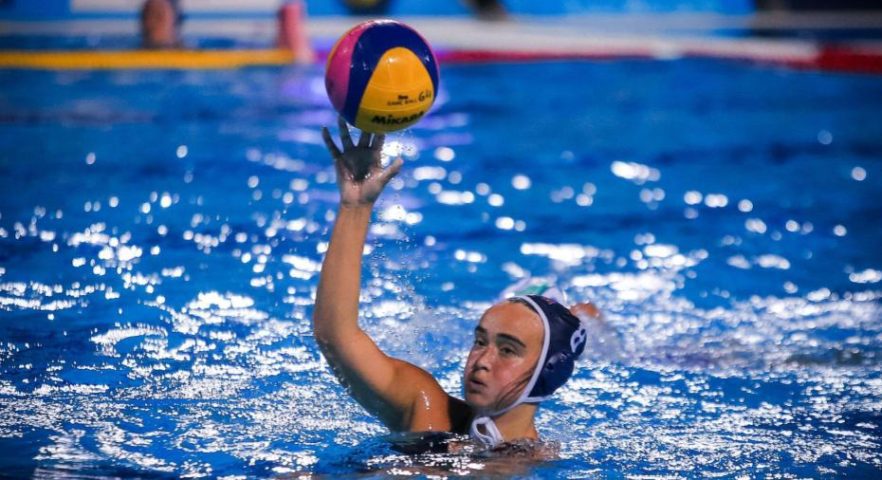 The United States are the World Youth Champions with a hard-fought 10-8 victory over a hugely admirable Greek side.

Jenna Flynn’s hat-trick inspired the United States to their second U18 World title, who had to give everything to see off a gutsy, spirited Greek team.

The United States had early joy with their drop, but Greece came back fighting with real penetration midway through the game. Ultimately fine margins separated the two teams – with Team USA showing just enough conviction when it mattered.

This American team has so much talent in their ranks. They are spoilt with the attacking threat from the likes of Emily Ausmus, Jenna Flynn (who finishes the competition as top goal scorer) and Ava Stryker. Rachel Gazzaniga and Genoa Rossi were outstanding at the back, and Christine Carpenter was a rock in goal, with Lauren Steele doing well when called upon in the second half.

The Greeks deserve real credit for their performance tonight; with stars such as Siouti, Koureta, Tricha and Chaldaiou having big futures ahead of them. Greece played with real heart, and are worthy runners up.

While the USA showed extreme cool in the first, the passion of the Greeks paved their route back into the game, particularly with two quick goals from Nefeli Chaldaiou.

The game turned quite bitter in the third, with some very strong, impassioned challenges flying in. There was a pivotal moment at the end of the third, where Sofia Tornarou had a great opportunity to pull the Greeks level, but missed her 5m penalty, striking the post .

But the USA found a way, they always find a way, to keep their opponents at arms distance in the crucial moments of the game.

The Greeks were devastated at the end, and rightly so. They had given it everything, and pushed the best team in the tournament as hard as they’ve been pushed this week in Belgrade.

As so often is the case, the United States seemed totally unfazed by the occasion, and started the game with the upper hand.

Emily Ausmus opened the United State’s account with a good take, and a good finish from the left, before Ava Stryker was somehow afforded huge time and space  to score unmarked with a near-post counter.  A key battle in the game was always going to be between Greece’s powerful centre, Dionysia Koureta, and Rachel Gazzaniga. But Koureta struck the first blow, with a brilliant goal in the pit. But the United States hit back hard; Jenna Flynn was never going to miss a penalty, while Ava Stryker did magnificently to hold off her defender before converting.

Only a simply heroic save by Maria Karagianni from Ava Stryker denied her a first quarter hat-trick, and potentially a knock-out punch from the Yanks.

Greece were struggling to gain any momentum in attack, owing to the success of the United States’ dropping game. However, Koureta was in for her second goal off a cheeky pass by Foteini Tricha Ava Knepper’s strike, 13 seconds from time, was  good enough to give Team USA a 5-2 lead after the first quarter.

The three goal deficit may have been damaging for the Greeks, but one of their stars, Christina Siouti, had other problems; the senior international had already racked up two exclusions in the first four minutes of the game.

But Siouti was kept in the game, and it was the player of Olympiacos who scored sublimely from the top on the right hand side, with her bandage strapped arm was not keeping her from launching a bouncing bullet into the top right of Christine Carpenter’s net.

Siouti, however, had liability for the next America goal, as she was unaware of the presence of  Margaret Hawkins behind her – who unmarked, fired her shot off the post and past Karagianni.

The quarter ended with a quite brilliant flourish from Greece though, with Eftychia Karagianni’s team equalizing to 6-6 Firstly, Stefania Santa set up Foteini Tricha’s first goal of the game, with Tricha’s strike having enough venom to evade Carpenter. A goal with a minute to go by Nefeli Chaldaiou pulled the Greeks within a single score, before Chaldaiou netted again, unconventionally with a rebound off a blocked Siouti shot that squirmed into the sky.

The match really heated up in the third, with a ragged game soon becoming fiery and physical. Team USA had the advantage from a somewhat dubious Greek exclusion, with Julia Bonaguidi converting from a tough angle. But Siouti responded for Greece, with a jaw-dropping attempt from range to get the crowd fired up.

But the problem for Greece was that the major foul count was racking up: Kalogeropoulou, Siouti, Tornarou and Tricha were all an exclusion away from being ejected from the match, something the Americans, with their dynamic movement, would surely take full advantage of.

But soon Ethan Demato’s side has their own major problems, with Rachel Gazzaniga earning her second personal foul from a penalty – a crucial penalty that Sofia Tornarou could only fire into the post.

Into the last, Greece huffed and puffed, but couldn’t find a way to break the American spirit. Emily Ausmus, the American superstar tasked with marking Christina Siouti the whole game, then found what seemed a like a crucial goal for the Americans with a cross-cage shot from 6m, but Despoina Kalogeropoulou’s close-range flick was not a moment too soon (9-8).

With ninety seconds to go, if Greece were to come back, it would be without Siouti – who was excluded in an off the ball incident.

But Jenna Flynn had other ideas – and one of the breakout stars of this tournament secured her hat-trick with another quality finish from the perimeter to put the United States 10-8 up with less than a minute, to seal a second World Youth Championship title.