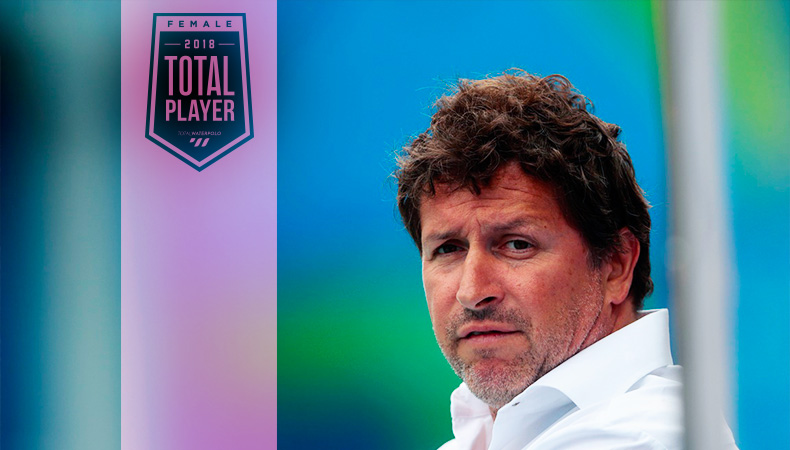 The next vote in the Female category comes from Hungary, with Attila Bíró, the head coach of the Hungarian Women National Team, picking his Total Players.

In his Top 5, you’ll find many great players from all over the world, which only proves Bíró’s vast knowledge!

“All that needs to be said: she is USA’s great leader and team captain! She is intelligent, fast, dynamic and smart altogether. Whenever she can, she’ll take the responsibility in the important games. Under her leadership, USA hasn’t lost one international tournament in the last four years.”

“A brilliant player. She knows the game very well, she’s smart, and she’s one of the most versatile players I’ve seen in recent years. All these are the traits of a real leader and Hungary’s team captain. Also, in the international women’s water polo, she has the best shot. Her progress has been continuously increasing recently.”

“This year was Megens’ most successful one since she was playing for the Dutch team. She made a major impact in the European Championships. I’ve seen her playing her best both tactically and technically in Barcelona. Her legwork is great, her shots are precise, and she’s dominating the defense, as well as passing important balls. That’s why I think she’s the third best player in the world at the moment.”

“Since the 2011 Shanghai World Championships, Asimaki still manages to impress. She’s the most effective center forward player, getting better and better with years. This year was a very successful one for her, focusing on the European Championships and the European Cup. She was, and currently is, one of the most determinative players in the worldwide women water polo.”

“Anni Espar is the brain of the Spanish National Team. Although she already won many medals, she is still ambitious and committed to play and lead her team to the top. A great example of an intelligent and true leader. Every coach wishes a player like her!”