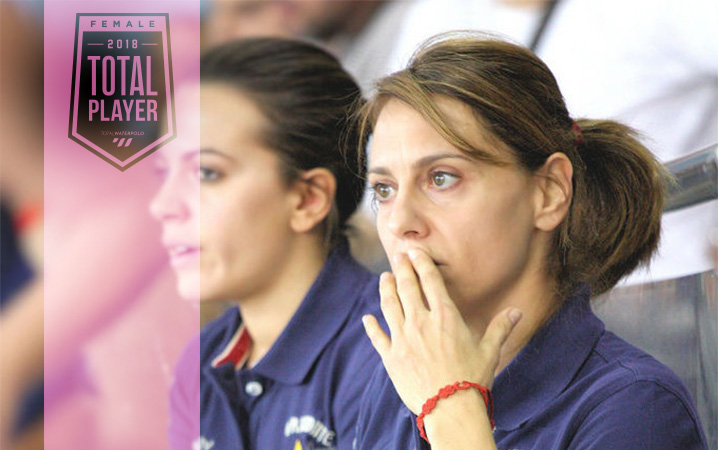 The Female Total Player 2018 expert voting continues with Martina Miceli – a former athlete who has built quite a career playing in the Italian national team from 1991 to 2008, while she contributed greatly to many clubs, including Italian Orrizonte which she coaches today.

As a skilled player and promising coach, here are her Top 5 of 2018!

“An athlete that every coach would like to work with. She’s a fantastic girl who’s always smiling. She’s purposeful and a great role-model, as well as meticulous and determined. Since it was her who deserved the gold the most, the award for the best player of the European Championships was rightfully hers. She’s playing fast, has a great shot, and is quick in the defenses – in practice, great in every part of the playground!”

“Returning after a hard year, Garcia proved she’s still inevitable. From her skill to score whenever she sees fit, to the leadership trait she has, she’s able to control the pool. Her toughness is undeniable even when she’s not in her best form. It’s a real pleasure seeing her play in the pool.”

“Also one of the key players for the Dutch gold. With a great shot and clear head when the hard times strike, she’s fundamental for the matches. This kind of player is not easy to find.”

“Always in perfect form: when practicing, she achieves everything with ease. She’s excellent in stealing the ball and starting counterattacks, as well as shooting with sniper-like precision. Also, she’s capable of scoring from the center position.”

“A tough and merciless player with one of the best individual techniques. Her best skill is her shot, and she never hides from her opponents. Also, she always plays decisively for her team. Not to mention that she brought her team to the LEN Cup.”