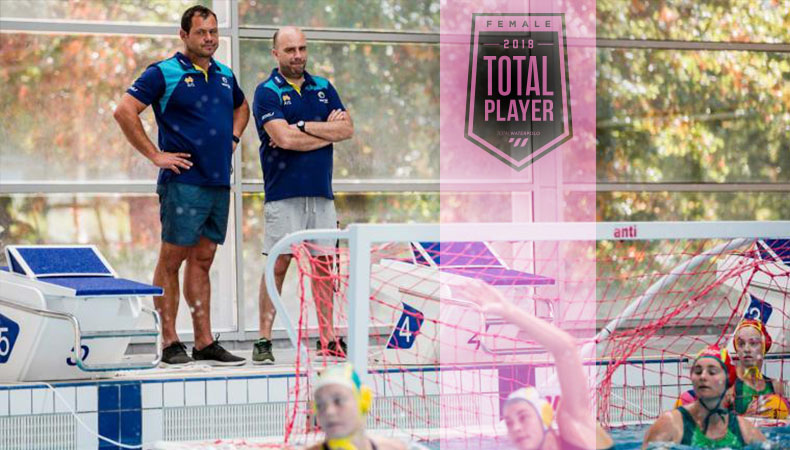 The Total Player Award in Female Category continues with Australia and Predrag Mihailovic.

Mihailovic is the new head coach of the Australian National Team, after being the assistant coach for a few years. Before taking over from Athansios Kechagias, he was a professional player until 2005. Shortly after he became a coach. He gathered experience in various clubs all over the world until he finally settled with the Australian Team.

We’re eager to see him lead as the head coach, but for now, let’s dive into his list!

“Steffens is definitely the No. 1 of the season. Being a captain is no easy job, but in her case, it comes naturally. If her almost flawless play in the pool is not evidence enough, the two Olympic gold medals will surely speak for her talent and hard work.”

“A leader every team should have in order to be on top. Garcia is also one of the greatest Centers women’s water polo currently offers. She’s great in the national team, as well as playing for her club.”

“Johnson cannot be avoided if we’re to talk of the goalkeepers in this category. Her play at the goal is beyond the highest level, and her performance is a pleasure to watch.”

“Even though Keszthelyi, along with the rest of her team, had a great performance on the Europeans, they didn’t manage to make it all the way. Nonetheless, it’ll be a mistake not to put her on this list. She’s an extraordinary player.”

“Whenever Megens is dedicated to outswim others, she’s the fastest and most precise one. Also, one of the things that make her competent and dangerous is the fact she can play a few positions just like that.”