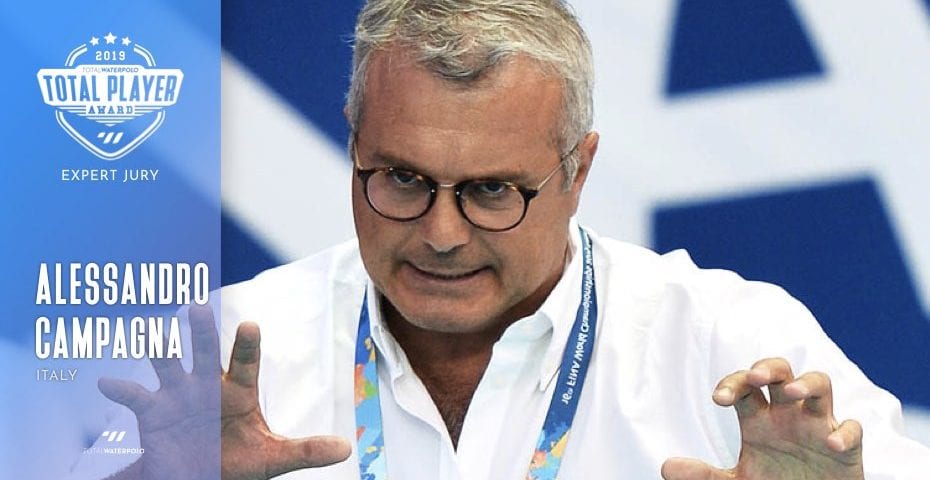 One of the most successful coaches in the world Alessandro Campagna added a new gold to his tally this summer. Campagna led Italy to the title at the World Championships in Gwangju. This was his second world gold in his coaching career. Italy, guided by Campagna, climbed the top at the 2011 World Championships too.

As a player of the national team of Italy, Campagna won gold medals at the 1992 Olympics and, at the 1994 World Championships and at the 1993 Europan Championships. When he was done playing, he turned to his coaching career. In recent years, he has been keeping the Italian National Team among the top five in almost every competition.

Today, for the third time, Campagna is giving his opinion on the best players of the season.

“Del Lungo was the most consistent goalkeeper during the World Championships, with the last two games of the high-level performance.”

“He was unlucky at the World Championships with a hand injury, but he had a great season with the club. These new rules fit his characteristics.”

“He had an excellent season with the club and a good World Championships. He always guarantees a good position at two meters and has an excellent realization percentage.”

“A universal player, who can play multiple roles, is still growing.”

“A striker with a great sense of the game. He has made an exceptional World Championships, both in terms of goals and above all in terms of tactical quality.”