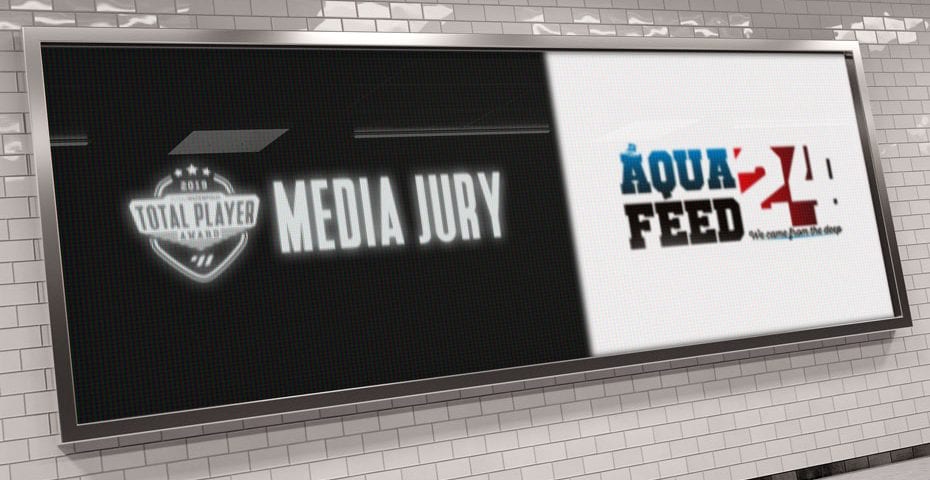 The next portal to give its professional opinion is Aquafeed24! Focused on a broad spectrum of water sports, the Greek portal excels in water polo – the sport they highly value.

For the Total Player of 2019, they picked their Top 5 in both Male and Female categories.

“We strongly believe that this little break Varga took from National Team was really helpful for the «Magician of Water Polo» . Denes was incredible this year and we had the chance to watch him from close distance leading the national team of Hungary to the gold medal at the Europa Cup Final 6 in Zagreb and also at the Final Eight of the Champions League, where he made it to the top and won the Trophy for Ferencvaros! An amazing year for the Captain of Hungary! MVP of the Final Eight of the Champions League, Champion of Hungary with Ferencvaros, European Super Cup Winner and 4th place with Hungary at 18th World Championships.”

“How Josip Pavić could not be in our list? The Croatian Legend’s farewell from water polo was a very touching moment for every water polo fan. In Hannover, he helped once again Olympiacos to enter the big final and made an astonishing performance although the Greek team lost the trophy from Ferencvaros. The Legend, the Greatest of All Times! Hvala, Josipe Paviću!”

“Not the first time we say in public that Di Fulvio is one of the best players by the new rules that FINA agreed to add at our sport. Di Fulvio is strong, is fast, is clever and of course, he led Italy to the top of the World Championships in Gwangju! What an amazing year for the Italian attacker with many highlights in his pockets! The future lies ahead for Di Fulvio.”

“Perrone was once again the leader of the national team of Spain at the 18th World Championship and proved for one more time that he is the best player in the world when he has the ball on his control with the opponent player on his back. Also, Perrone helped Spain to win the silver medal at Gwangju and the Bronze medal at Europa Cup Finals! Just give him the ball guys!”

“Last but not least our guy, Ioannis Fountoulis! The captain of the Greek team had an excellent year with Olympiacos, he made it to the final along with the Greek champion and he made some extraordinary performances at Hannover Final 8. Fountoulis now is playing for Ferencvaros, so probably we will see the best duo in Europe at the left side with Denes Varga and Fountoulis together!”

“Johnson proved for one more time that she is the best goalkeeper in the World. Johnson helped the USA Team to reach the top of the World in Gwangju for the 3rd straight gold medal. She also made the difference at NC Vouliagmeni in Greece, as they won the Greek Cup and made it to the Final Four of Euroleague Women 2019! She is also playing beach water polo in Greece!”

“The Spanish player was fabulous at 18th World Championship in Gwangju and she deserves to be in our Top 5 female players for 2019. She scored 16 goals and created new highlights for the next teaser of FINA!”

“The left-handed from Greece won her first gold medal at the World Championship with the USA and made high performances this summer and also with NC Vouliagmeni at Greece, as she won the Greek Cup and the bronze medal in the LEN women’s Euro League, along with Ashley Johnson and Jordan Raney. She was also a member of the best 7 players of the 18th World Championship!”

“The Spanish goalkeeper proved her quality and helped Spain to reach the silver medal in Gwangju. She was also a member of the best 7 players in World Championship and she stands out for her passion every time she was stopping the opponent’s shots!”

“One of the strongest defenders in the world! Buckling was there for Australia on the road to the podium, as the “Aussie Stingers” won the bronze medal in World Championship. The Australian also was crucial for Olympiacos and gave assistance to the Greek club winning the Championship and made it to the Final of LEN Women’s Euro League.”