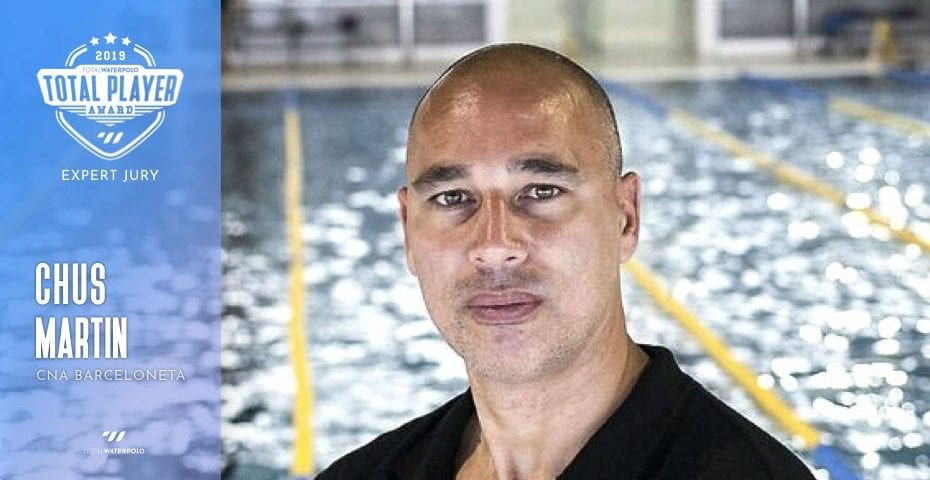 We continue the voting for the Total Player Male Award 2019 with Chus Martín, who has been the head coach of Barceloneta for a long time and his success with the club is above expectations.

Last season, Barceloneta continued domination in the national competitions, while it finished 4th in the Champions League.

“This season he has been at a very high level.  It was the most important player in the Final 8 in Hannover. For me, he has been the most decisive player this season.”

“A great season in Pro Recco and finally, with Italy, won the world gold.  A great player with a great ability to score goals.”

“He led a great Serbia with young players.  His contribution was very good with great matches during the World Championships.”

“I think he was the best centre this season. He played at a great level all season with Recco and with Australia played a great World Championships.

“His performance during the World Championships was decisive for Italy to win the world gold. For me, the most constant goalkeeper this season”