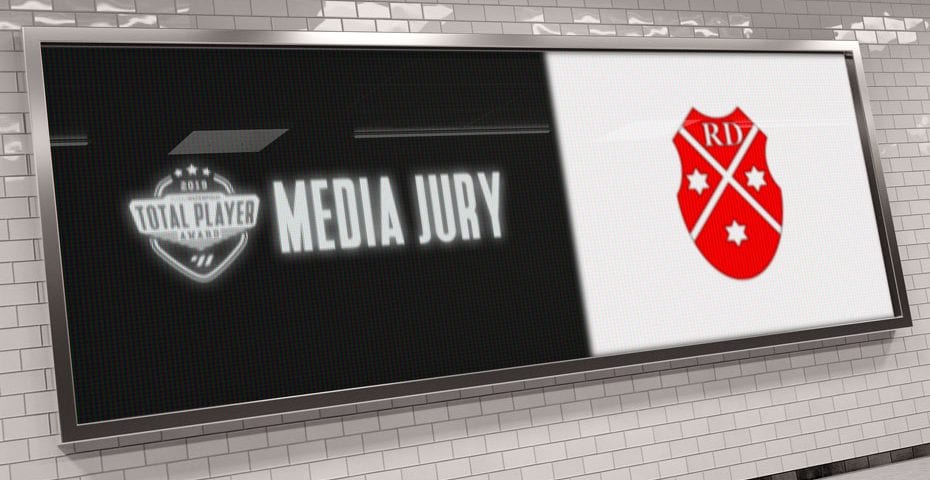 Dance.hr is a Croatian water polo portal founded in Dubrovnik 11 years ago. The word “Dance” itself does not come from “dancing”, but from “Danče”, a cove in Dubrovnik, where VK Jug was founded in 1923. It has been a water polo cradle where the sport is still played today, though only in the warmer half of the year. Purely recreational, locals compete through the bay championships, which are very popular in Dubrovnik.

“This season, it was very hard to estimate who was the best player of the year. Italy produced a surprise by winning the world title. Ferencvaros upset the favorites in the Champions League, while Serbia was the best in the World League. After qualifying for the Olympic Games, Serbia played with the rejuvenated squad in Gwangju. The results in these three competitions were the main criteria in Dance’s voting.”

“The leader of the Italian team, which won the world title pretty convincingly, despite the fact that their success was surprising. He scored a few spectacular goals during the season. It was hard for him to be a leader in Pro Recco, which has a lot of stars in the team, while the failure at the Final Eight was an aggravating circumstance, which he overcame and deserved the 1st place.”

“The MVP of the Final Eight in Hannover. He was Ferencvaros’s leader. His club entered the F8 as an underdog and clinched the trophy in the end. He broke a finger at the World Championships, but he managed to return into the squad in the finish of the competition. He scored a lot of spectacular goals throughout the career. Recently, he netted a goal by his left hand in the 1st round of the Champions League.”

„He netted numerous goals in the last season. During his earlier career, he wasn’t so conspicuous goal-getter, because he is selfless and let other scorers take their part of the glory. However, after a few players left the team, while Sandro Sukno had to retire, he became Croatia’s leading star, and he successfully took that role. Jokovic scored 3 of Croatia’s five goals in the semifinals at the World Championships, while he brought his team the bronze medal with 6 goals in the match for the 3rd place. Also, he was the best player in his club.”

“The best player of the spectacular final game of the World League. By winning the World League, Serbia achieved an objective for this season. Because of that, a rejuvenated team wasn’t soo good at the World Championships. Like Di Fulvio, he doesn’t have enough space to be a leader in Pro Recco.”

“The only non-European in this list. He became the European champion with the club. At the World Championships, he lost the semifinal game unfairly, due to a great mistake by referee Putnikovic. A stylish player who can play in every position in the team. He is equally good in defense and attack.”

“The best goalkeeper in the world for years.”

“Tarrago led Spain to the silver medal at the World Championships and the Olympic berth.”

“The best scorer of the World Championships, who has been among the best world’s players for a few years.”

“A complete player and the leader of the Dutch team.”

“The leader in the club as well as in the Team USA. She is capable to play in Europe and in the USA.”