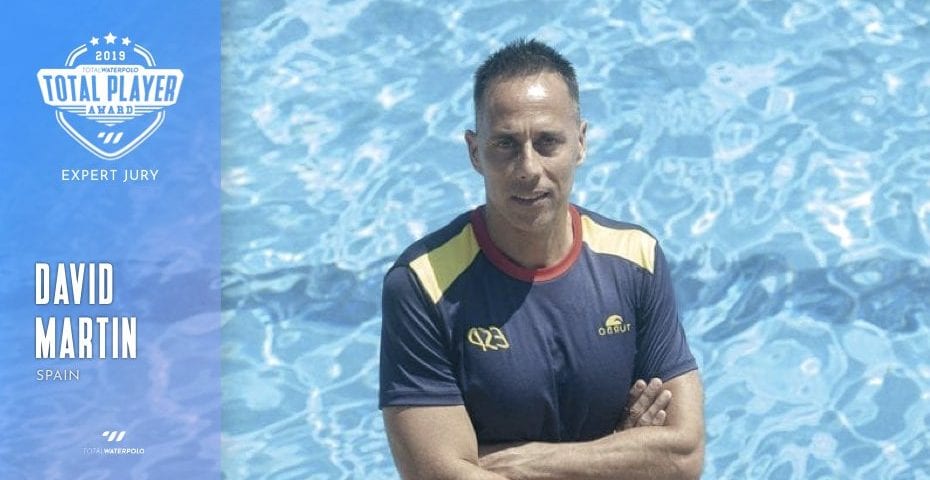 Since 2017, Spain has been guided by David Martin.

Martin’s playing career is strongly linked to CN Barceloneta, where he won eight national titles and eight Cup wins, on top of which he landed seven Super Cups. As a player, he also achieved outstanding results at two Olympic Games — Beijing (5th place) and London (6th place) and silver at the 2009 World Championships in Rome.

Apart from playing for Barceloneta, Martín coached his ex-team until he became the Spanish national coach in 2017.

This year he repeated the success from Rome 2009, but now as a head coach.

“The leader of the Italian team during the World Championship. He is a decisive player in Recco and in his national team.”

“The best player in Europe the last season with Ferencvaros. His injuries in World Championships has been very important for Hungary. With him at 100% fit, Hungary was a gold medal favourite.”

“A great performance with Serbia at the World League Super Final in Belgrade and at the World Championships in Gwangju. The best left-handed player of the world this season. Without all the Serbian stars in the team, he was the leader of his team in Gwangju.”

“The best goalkeeper in Gwangju. His performance was very important for Italy’s gold medal.”

“The best center this season. A great performance with Barceloneta and with Croatia in Belgrade and in Gwangju. Every team playing against Vrlic has a very difficult task to defend from him.”