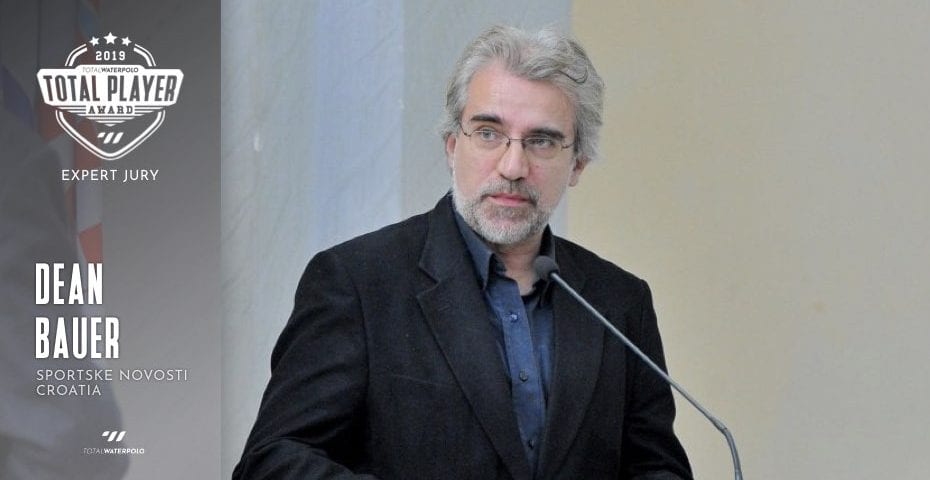 This year, we expanded our Media Jury with a few great water polo journalists who work for newspapers and TV stations.

“He was one of the main players in Pro Recco through the season and the best Italian in that team. He won the gold medal at the World Championships with Italy and was named the MVP of the tournament.”

“Jug’s best player in the season 2018/19. Also, he was one of the best in the Croatian national team, which won the world bronze. He was voted for the best player of the bronze medal match and he was the 2nd best scorer of the tournament.”

“He won everything he could with Ferencvaros in the last season. He was one of the main players in the team. An outstanding left-handed player, who has probably the strongest and the fastest shot in the world.”

“He gets better and better from year to year. He is an example of how a player should play cleanly and effectively in defense. I can’t remember any of his mistakes. The best defender in the world, who also has a great shot. Confirmation of his quality was a move to Pro Recco”

“She won the Euro League with Sabadell and was the club’s best player last season. In the end, she clinched the gold at the World Championships.”

“The best scorer of the World Championships, she finished 4th with her team in Gwangju and reached the Euro League quarterfinals with the club.”

“Playing for Olympiacos, she won the silver in the Euro League, while she took bronze with Australia at the World Championships”