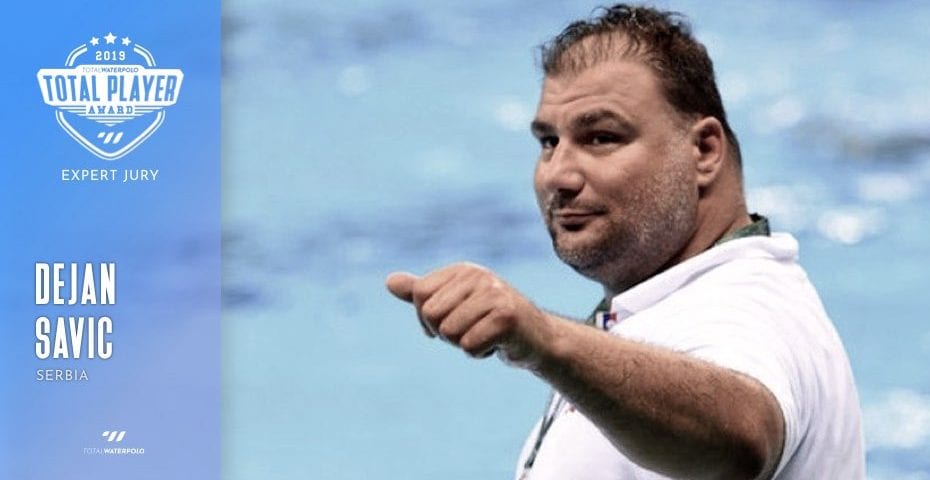 Over the years, he’s built a reputation of a water polo icon as he led Serbia on a long golden streak. Apart from his work in the Serbian National Team, he’s seen his share of club water polo. He played in clubs from all over Europe, including Partizan, Barceloneta, Pro Recco, Crvena Zvezda, just to name a few.

This year, Serbia, under Savić’s guidance, won the 2019 World League and became the first team which qualified for the 2020 Olympic Games. Playing without a few main players, the Serbian team finished 5th at the World Championships in Gwangju.

See Savić’s choice of the best world players in 2019.

“Italy is the world champion and definitely, this player had the leading role in that success.”

“In recent years, the most solid player in Barceloneta and Spanish National Team. His saves are excellent, so it sometimes seems that he is a half the team.”

“He played a great World Championships in Gwangju, where he showed his quality and talent,  and above all, he proved that he matured as a player.”

“The most constant player of the Croatian national team at Final Eight tournament of the World League, as well as at the World Championships.”