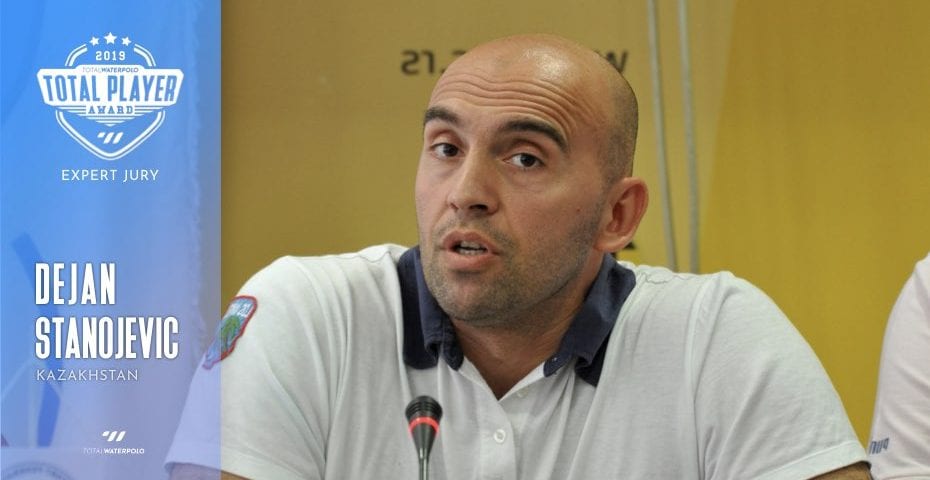 Dejan Stanojević, the head coach of the national team of Kazakhstan, joined the Total Player Expert Jury this year.

Stanojević, who played water polo for Vojvodina Novi Sad, was an assistant coach in the senior national team of Serbia for years. He led the U20 Serbia team to the gold medal at the 2011 World Junior Championships. After leaving Serbia, he coached the national team of Romania (2014-18). Last year, he moved to Kazakhstan. This summer, Kazakhstan won the 7th place in the World League.

“Filipovic, the MVP of the 2019 World League Super Final, has been the most complete water polo player in the world for more than five years.“

“For years, he has been playing at a very high level. This season he won the world gold in Gwangju where he was voted the MVP of the World Championships”.

“Physically, the most dominant water polo player in the world. Every coach would like Ivovic in his team.”

“He is growing into a leader of the Serbian national team. He proved that he will be Serbia’s leader after the Olympic Games in Tokyo. He should improve a play in the role of a center-forward. When he achieves that, he will be unstoppable in one-on-one duels. In the next 5-7 years, he will be the most dominant player in the world, for sure.”

“Besides Filipovic, he is the most complete and the most valuable player in the world.”