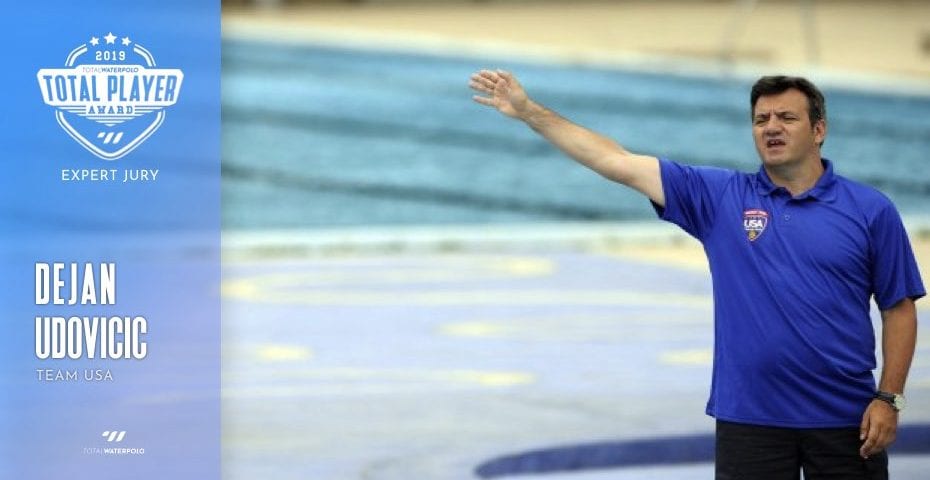 Today in the Total Player Male Category, we’ll see the USA men’s head coach votes.
Dejan Udovičić was the heart of the Serbian National Team for six years. In his professional senior years, Udovičić played for Partizan and VK Beograd. In 2000, he turned to coach Partizan and stayed there until 2009.

In 2006 he became the coach of the Serbian National Team. During the six years of his leadership, Serbia had a streak of golden years. After leaving the Serbian national team he becameRadnicki Kragujevac head coach, and led the club towards the 2013 LEN Trophy.

After his career in Serbia, Udovičić went to the USA and took over the senior national team as the head coach. In 2019, the USA won the gold medal at the Pan American Games.

“This was his best season in the national team. He won the gold medal and the MVP award at the World Championships”

“Perrone played an important role in the Spanish team which won the silver medal in Gwangju, while he also proved his quality playing for Barceloneta.”

“The best Croatian player at the World Championships. He was excellent in the bronze-medal match and had a very good season with the club.”

“A true leader of the Serbian National Team, the MVP of the World League Final Eight and a hero of the final match.”

“The best scorer of the World Championships and one of Pro Recco key players, not just in 2019, but for a few past years.”