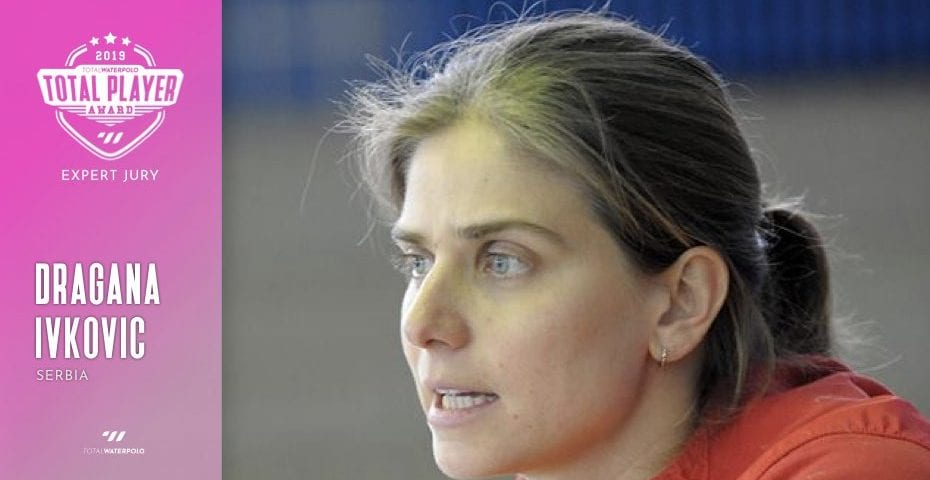 We continue the voting in the Total Player 2019 Female Category with Dragana Ivković, the coach of the Serbian National Team.

Ivković has been involved in the work of the Serbian National Team for a few years, quickly after she finished playing water polo.

As a player, Ivković played in various clubs – from Turkey, over the Netherlands, and back home to Crvena Zvezda. She also had a successful national team career, playing there since 2004, and becoming the captain in 2009. She is currently the coach of the Serbian senior team, as well as of the junior squad. Dragana Ivkovic is, also, the Crvena Zvezda’s head coach.

“She won the Olympic gold medal in Rio 2016, three gold medals at the World Championships in 2015, 2017 and 2019, and the gold medal in the 2019 World League, where she was also named as the MVP of the tournament, and she ended the season with the gold at the Pan American Games”.

“Ashleigh Johnson was the MVP of the final match at the World Championships in Gwangju. This was her second world gold (after 2015). This season, she also clinched the gold medal in the World League and at the Pan American Games.”

“This season, she has continued a successful career. She has won one gold medal (2018) and two silvers at the European Championships (2014 and 2016). Besides Rita Keszthelyi, she was the best scorer in the 2019 World League, while she won the LEN Europa Cup with the Netherlands.”

“The best scorer at the World Championships. She won the third place in the Europa Cup 2019, and was the best scorer of the 2019 World League, with Maud Megens.”

“She absolutely leads the defence in the team. The best goalkeeper at the 33rd European Championship in Barcelona. Her national team lost the 3rd-place game in the World League, but, still, she was awarded as the best goalkeeper of the tournament.”