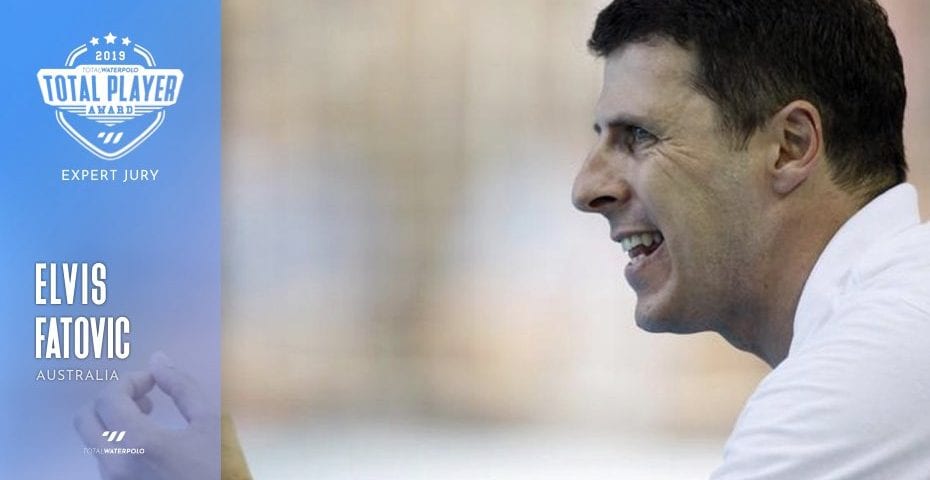 Elvis Fatović, the head coach of the Australian Men’s National Team, is one of the most important figures in Croatian water polo.

His playing career started in VK Jug and HAVK Mladost. In 2001 and 2006, he was leading Jug to the Champions League title. In 2000, he won the LEN Cup. He played 128 matches for Croatia and the honour of being known as one of the best regional shooters.

In 2007, he started coaching career. Until 2011 he led VK Jug to the Croatian Championship title, Croatian Cup (twice), and the Adriatic League title.

Since 2013 he has been Australia head coach. In 2019,  the “Aussie Sharks” clinched the bronze medal in the World League.

“Di Fulvio is one of the best and most attractive strikers in the world. Although Italy played a great collective game, for me, he was standing out a little bit. “

In my opinion, this was Jokovic’s best season in the club (Jug) and in the national team. He was taking responsibility whenever it was needed.

“Like Joković, Filipović was taking responsibility at critical moments, especially in the World League.”

“One of the heroes of the World Championships, a great setting and anticipation of situations. He replaced Tempesti in a superior way.”

“One of the most polyvalent players in the world. Younger was one of the most important Ferencvaros players in winning all the trophies, as well as in Australia’s national team winning the bronze medal in the World League.”