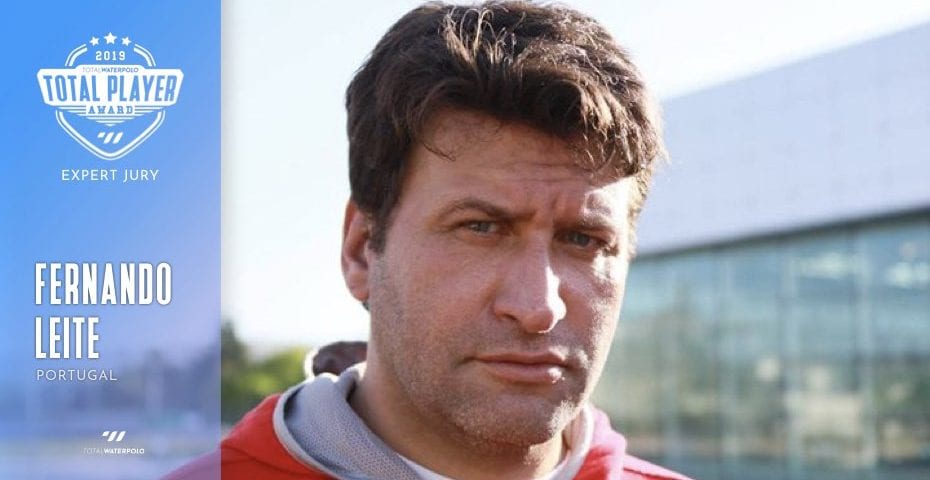 Our next Juror in the voting for the Total Player Male Award 2019 is Fernando Leite, the head coach of the national team of Portugal.

Leite is 43 years old, but he has a big experience as a coach. He started coaching when he was 18 years old. Since 2016, he has been leading the national team of Portugal. He also assists in the implementation of the strategic plan for the Portuguese Federation in developing water polo in this country.

“World champion, who had a very productive season. In my opinion, he is the best goalkeeper of the year, a defense boss.”

“A very talented player, the brain of Barceloneta and the Spanish National Team, demonstrating that height is compensated by work.”

“A very high-quality lefty who can play in various positions, a monster in the water, a real decision-maker.”

“The MVP of the Champions League and the best player at the LEN Europa Cup Final 6. One of the most talented players currently playing can introduce magic into the game.”

“Top scorer in the Champions League and very important in the course of the Olympiacos to the final a player with a goal instinct.”