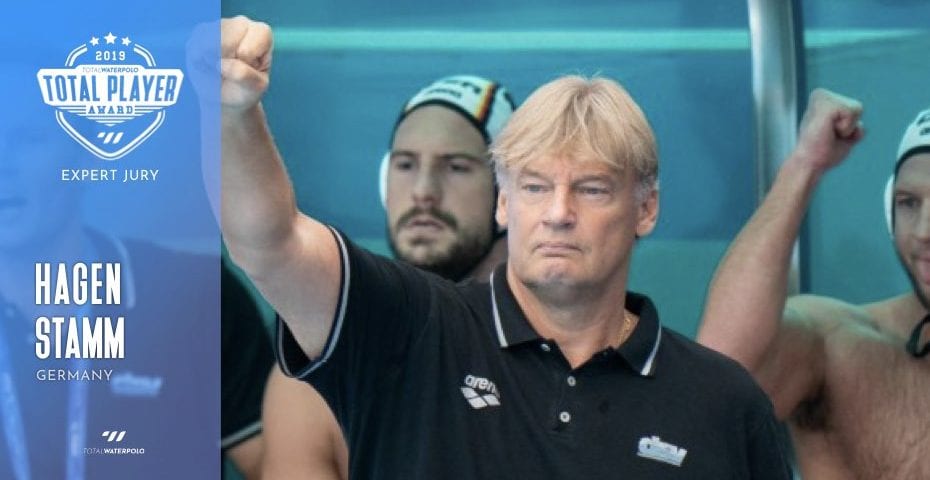 Hagen Stamm, the head coach of the German national team, is considered one of the best German players in especially the ’80s internationally.

His playing career has been crowned at the Los Angeles Olympics 1984, where Germany won the bronze. He also won two gold medals at the European Championships in 1981 and 1989.
In 2000, Stamm took over the German men’s team and coached them to the 5th place at the 2004 Olympics in Sydney. This season, he led Germany towards the 8th place at the World Championships.

“His creativity makes him stand out. He is unpredictable and delivers game-breaking moves when it counts most.”

“A wholesome player who does not only dominate as a centre back, but also poses a great threat in the attack.”

“A very versatile centre forward during the attack, who swims back well preventing fast breaks and counter plays.”

“Constantly performs on a high level without much fluctuation, unlike many other goalies.”