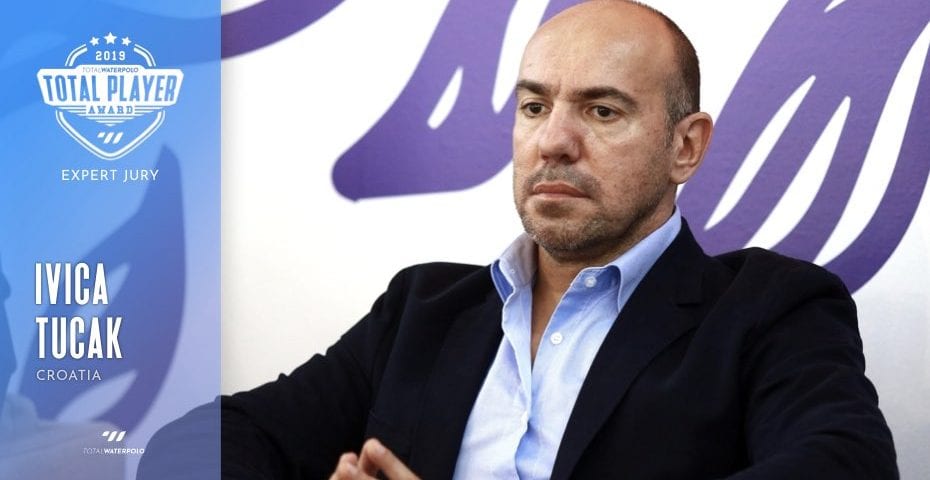 Ivica Tucak, the head coach of the male Croatian national team, joins our Jury for the Total Player Award for the 3rd time.

He’s been leading the Croatian National Team since 2012 when he replaced Ratko Rudić. In the last seven years, Tucak has won more than ten international medals for Croatia and has coached a lot of players whose careers are some of the most valuable in today’s water polo. Apart from making some of the greatest achievements as a coach, he had a rich playing career with a dozen clubs he’s been playing in.

Croatia didn’t win a gold medal this year, but Tucak’s squad is the only one which took a medal at each of three major competitions in 2019. Croatia finished 2nd in the Europa Cup, as well as in the World League, while they clinched the bronze medal at the World Championships.

“He played outstanding this season in all competitions with the national team, as well as with the club. He was taking responsibility in crucial moments. He is currently the best left-handed player in the world”

“The MVP of the World Championships, he led Italy to the world title.”

“Perrone is a very stable player, he is the leader in the club and in the national team.”

“After a very good season with the club, he played excellently for Serbia in the World League and at the World Championships, where he was one of the main players of the rejuvenated team.”

“He became one of the most important players in the Serbian national team. In the last season, he won everything he could with Ferencvaros. After that, playing for Serbia, he earned the gold medal in the World League and the Olympic berth.”