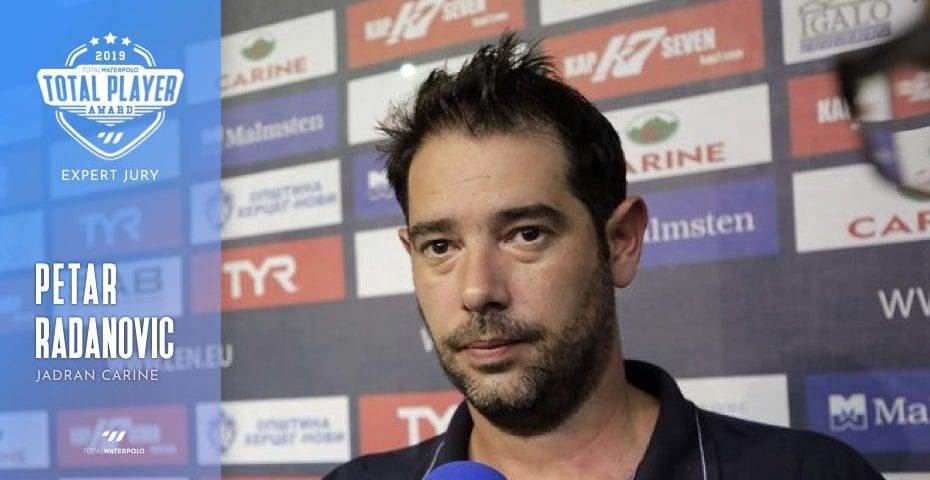 Petar Radanović was an assistant coach in Jadran Herceg Novi until this summer. But, Vladimir Gojković, the head coach, took a one-season break in his work in Jadran, because he is focused on his job as a head coach of the national team.

Jadran always has high ambitions in all competitions and Radanovic is a perfect match for their talented roster. Check out his votes for the best players in the last season.

“The best centre back in the world with an excellent shot. Unstoppable.“

“He has been one of the key players in the national team for years, as well as in each club he has played for.”

“The best player at the Champions League Final Eight. He had an excellent season with the club, while he won the LEN Europa Cup with Hungary.“

“Exceptional player! He is the great leader of the Spanish team and Barceloneta.“

“An excellent young centre forward. This year, he prospered the most of all young players and because of that he deserved a place among Top 5 players.“