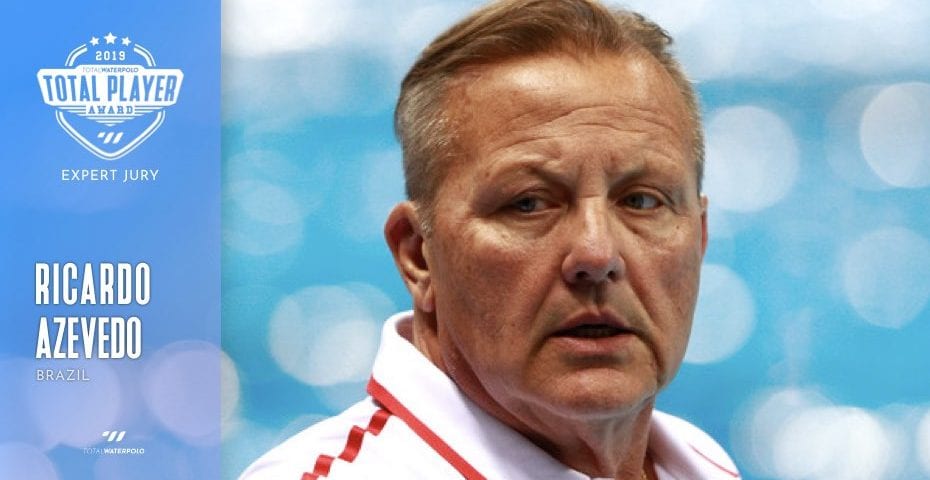 He played for the Brazilian National Team from 1974 to 1980 and he was twice voted  “Player of the Year” in Brazil. He has a long coaching career behind him. Azevedo was the head coach of the USA men’s team, USA junior’s team, China, while he has been leading the Brazilian team for almost a year. In 2019, Brazil won the bronze medal at the Pan American Games.

His son Tony Azevedo, was a captain of the US National Team, for years and one of American best players of all time. Rick’s daughter Cassie is also a water polo player.

“He played amazing at the World Championships, he had a tremendous impact on all the game. A creative and powerful player.”

“Very smart, knows how to make other players better, the main reason of the success of Spain.”

“The top left-handed player in the world, his ability to shoot the ball from the outside makes defenses cringe.”

“Very creative. He is the main weapon of the Greek team. It’s very hard to play against him one on one , forcing teams to constantly be aware of him.”

“Since he returned to the Hungarian team, he has shown great teamwork. His ability on the counter and driving makes him almost impossible to stop.”