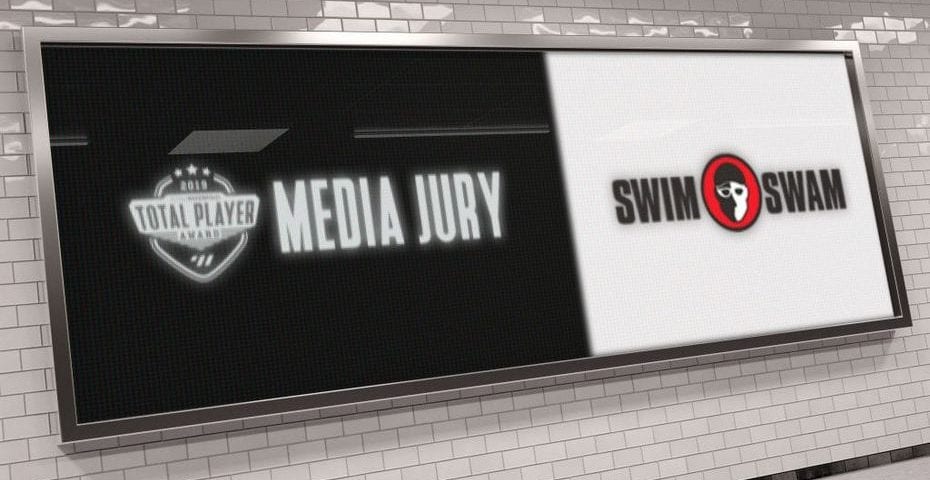 SwimSwam is a global leader in aquatic news and training content, covering all 6 disciplines under the aquatics umbrella (swimming, water polo, open water swimming, diving, synchronized swimming, and high diving). Launched in 2012, SwimSwam is headquartered in the United States but has contributors in 7 languages located in 16 countries around the world.

“Ivović was the Montenegrin offense at the World Championships, leading all scorers with 21 goals, and he shot 60% in the tournament. Unfortunately, that only led his team to a 10th place finish. His season was not a total bust though: he helped lead his club Pro Recco to its 14th-straight Italian title and tied with his teammate Gonzalo Echenique for 3rd-place in league scoring.”

“Del Lungo is an oft-overlooked part of the Italian juggernaut that has risen to the top of the water polo world in 2019. Del Lungo out-battled last year’s Total Water Polo top goalie Daniel Lopez Pinedo in the World Championship final, allowing Spain only 5 goals in spite of facing 7 man-up opportunities and 2 penalty shots. A huge penalty save in the 1st quarter set the tone and the Spaniards couldn’t get any real traction thereafter.”

“The 2nd-leading scorer at Worlds came up biggest in his team’s biggest match. In the bronze medal match at Worlds, he went 6-for-6 (including 4-for-4 in action shots). He wasn’t quite as good in the super league final (only 1 goal, and an early exit on 3 exclusions) or the Champions League final, but his performance in Gwangju (64% shooting overall) warrants a spot on this list.

“The Samoan-turned-Australia is leading the rise of the Aussie men’s team that finished 6th at the World Championships this year. Besides Ivović, his Recco teammate, Kayes is the only player to finish in the top 10 in scoring at both the World Championships and the Champions League. While the men’s water polo world is hyper-focused on Europe right now, the Australian Kayes is elbowing his way into the conversation.”

“The American men are battling for an avenue back to the elite of the water polo world, and it might be on the back of Johnny Hooper. He shot 70% at the World Championships, including 4/5 in a clutch 9th-place classification match showing against Ivović. In the Pan American Games final against Canada, he continued his blistering efficiency, shooting 71.4%. In combination with his much-larger teammate Ben Hallock (6’6 vs. 6’1), Hooper is bootstrapping the Americans back to international relevance in men’s water polo.”

“Megens took her scoring to a new level in 2019. At the World Championships, she ranked 2nd among all goal scorers with 20. Collegiately, she exploded for 68 goals for USC, up from the 37 she scored as a sophomore and 58 as a freshman.”

“The best player on the best team, Fischer impacts the game from the 2 meter position like few women in the world can. Her older sister Makenzie is the more heralded of the two, but Aria had a breakout season internationally in 2019. She also led her collegiate team Stanford to an NCAA Championship.”

“The American women didn’t put up gaudy offensive numbers in the World Championship tournament, where they were thoroughly dominant, but they didn’t need to either, thanks to Johnson. She saved 14 out of 19 shots in the gold medal match against Spain where her opposite, the world-class Laura Ester of Spain, looked rather pedestrian.”

“Ester was probably the best goalkeeper of the World Championship tournament, until the gold medal match. In the Euro League finale, she was tough in the gold medal match as well: her team Astralpool Sabadell entered the 4th quarter losing 10-8, but she held them to only 1 goal in the final period (an extra-player score by Hannah Buckling, who would be my #6 if this ranking went that deep) and her offense did the rest, carrying the team to the European crown.”

“The leader of an aggressive Hungarian offense, Keszthelyi scored 24 goals at the World Championships – 20% more than the next-best player. That aggressiveness, while it resulted in some big offensive numbers, was dampered by a lot of turnovers: Keszthelyi had 5 turnover fouls in the bronze medal match alone (a 10-9 loss to Australia). While this was a problem that plagued Hungary throughout the tournament, Keszthelyi was relatively-clean until that final match.”