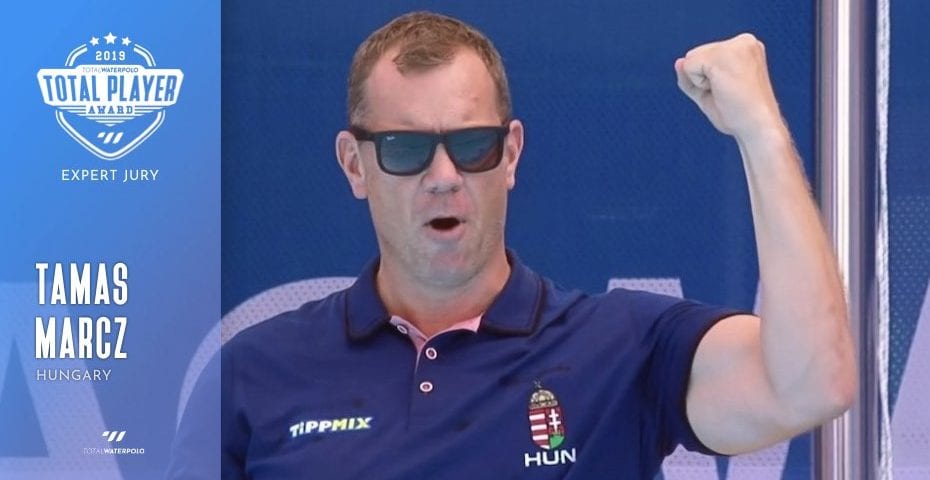 There are not many successful coaches who had the fulfilled playing careers as much, as Tamas Marcz, Hungary head coach, had.

During the 20 years of his career, he played for nine clubs from Hungary, Italy, and Malta. Among them are Pro Recco, Eger, Savona… He was a part of the Hungarian team which won the gold medal at the 2000 Olympic Games in Sidney.

Since 2017, he has been the head coach of the Hungarian National Team. That same year, Hungary won the silver medal at the World Championships in Budapest.

This year, the Hungarians clinched the gold in the LEN Europa Cup, while they finished 5th in the World League and took the 4th place at the World Championships.

“Filipovic took a great part in the World League victory of Serbia, which brought the Serbs the Olympic qualification. Even with Pro Recco had a good season and was Recco’s best scorer in the bronze medal match in the Champions League.”

“He won everything  ( Hungarian Championship, Super Cup, Hungarian Cup , and Champions League ) with Ferencváros. This was an excellent season of him. Thanks to his great performance, he became the MVP of the Champions League. He turned back to the national team and took a great part in the victory in the Europa Cup in Zagreb. He was unlucky in the World Championship, very few minutes in the water, but the great captain and helped the team as much as he could, like a great champion.”

“As a member of the Croatian national team, he won second place in the World League and the bronze medal at the World Championship. He is, still, the leader of Croatia. He took responsibility in the most difficult situations.”