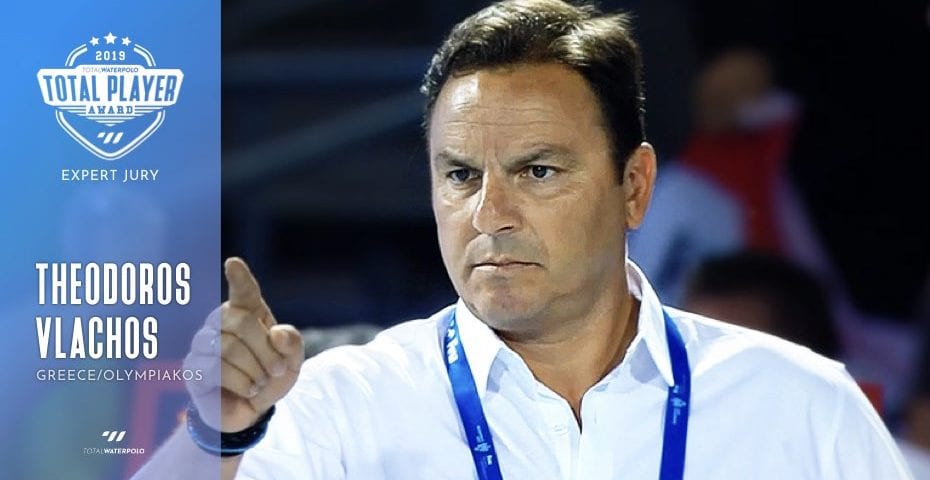 Theodoros Vlachos, the head coach of Olympiacos and the Greek national team, is the man behind the Greek upturn in the water polo world.

During his years spent in the pool, Vlachos won numerous titles with Olympiacos and achieved good results while playing for the Greek National Team.

After retirement, he became an assistant coach, then the head coach of Olympiacos in 2011.

One of the greatest achievements in his coaching career was the 2018 Champions League title in Genoa, where Olympiacos beat Pro Recco in the final game. In 2019, Olympiacos didn’t retain the European title, but it reached the final, and was defeated by Ferencvaros after a penalty shootout.

“Di Fulvio was the leader of the Italian National Team at the World Championships in Gwangju, where the Italians won gold.”

“He was the leader of the Spanish team throughout the whole season.”

“In my opinion, he had a very good year with Greece and Olympiacos, especially at the Final Eight in Hannover.”

“He is in this list because of his performance in the Hungarian national team, but mainly because of its contribution to Ferencvaros’s title in the Champions League.”

“He played excellently at the World Championships in South Korea.”