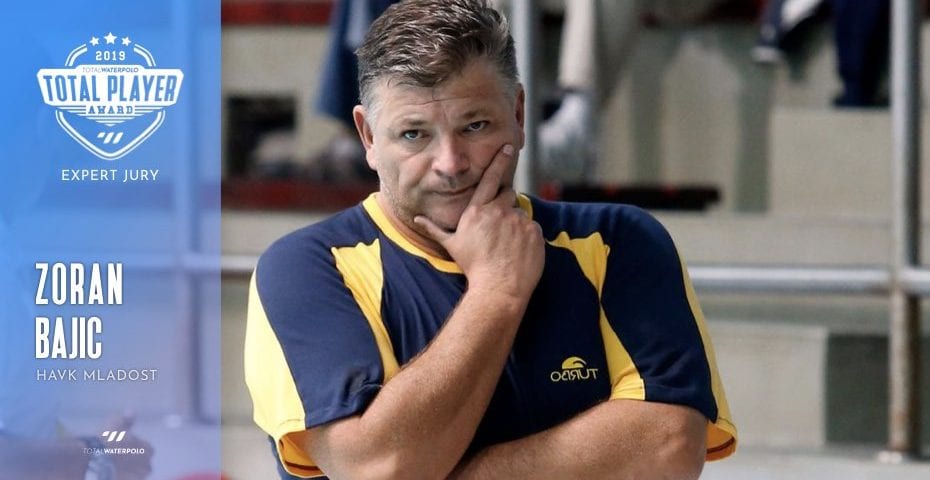 Mladost Zagreb, the 7-times European Champion, overcame the years of crisis and returned to the top of Croatian and European water polo.
Last season, Mladost won the Regional League. It plays well in the Champions League.

Today, Mladost head coach Zoran Bajić will give his votes for the Total Player Award. Bajić was Mladost’s goalkeeper in the ‘80s. After leaving Zagreb, he played for Solaris Sibenik, Catania (Italy) and in Switzerland, where he ended his playing career and started to work as a coach.

He returned to Mladost in 2015. Two years later, he became the head coach of the senior team. “My ranking of best players is based on the results of the national teams in 2019.”- said Bajic before the voting.

“Besides Andrija Prlainovic and Denes Varga, he is the best player in the world on the left side of attack. He was excellent in Pro Recco this season, while he led Italy to the world title.”

“He has been the key player for Barceloneta and the Spanish national team for years. He played excellently during the whole season and led Spain towards the final game at the World Championships.”

“An incredible Maro was fantastic last season. He took responsibility in crucial moments. He brought the world bronze to Croatia, by scoring 6 goals in the match for 3rd place. The best left-handed player in the world.”

“The leader of the Hungarian national team and European Champion with Ferencvaros.“

“A magical player who proved his quality with the title for the best scorer at the World
Championships. He is a leader and a polyvalent player.”