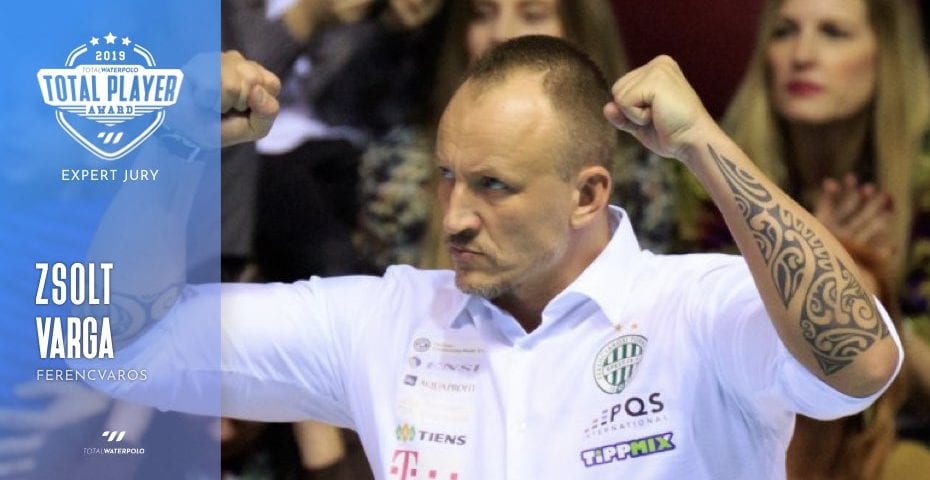 Zsolt Varga crowned his very successful playing career by clinching the gold Olympic medal with Hungary in Sidney in 2000. He also was the World and the European champion with Hungary.

Varga played for Ujpest Dosza, BVSC, KSI, Mladost, Zagreb, Posillipo… He ended his playing career in Ferencvaros in 2012. Since 2013, he has been coaching Ferencvaros. The Budapest-based club reached the European top led by Varga.

Ferencvaros is the current Hungarian champion, the Hungarian Cup winner, it won trophies in the LEN Super Cup 2018 and 2019, while Varga was voted the best men’s coach in the world of 2018, by the World Water Polo Coaches Association.

These are the best players in 2019 in his opinion.

“One of the best scorers in the world, He won everything with Ferencvaros last year and he is also the captain of the team.”

“He is the best lefty at this moment for me and he was chosen as the best player of the World League 2019.”

“He is the best playmaker of the last decade and had a great last season, too.”

“In my opinion, he was the best goalkeeper at the World Championships and also had a great season with Brescia.”

“One of the most complete players all over the world. He can play in many positions and had a crucial role at the Champions League Final Eight in 2019.”