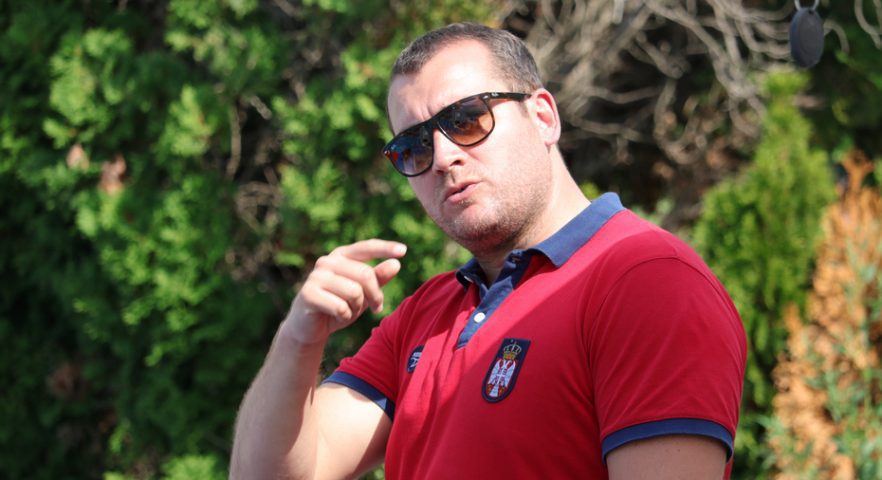 The General Board of the Water Polo federation of Serbia has appointed Uros Stevanovic as the head coach of the Serbian national team, the WPF of Serbia announced this evening.

Stevanovic will replace Dejan Savic, who resigned two weeks ago after ten successful years at the helm of the national team.

Uros Stevanovic (40), the head coach of Radnicki Kragujevac (since 2013), started his coaching career in the youth and junior teams of Crvena Zvezda.

From 2008 to 2011, he worked with the younger categories of Partizan and was Igor Milanovic’s assistant in the senior team. As Partizan’s assistant coach, he won the 2011 Champions League. He led Partizan as a head coach in 2012 when the club won the LEN Super Cup. In total, he cinched three trophies in the Serbian League and Serbian Cup on Partizan’s bench.

His first big success as Radnicki’s head coach was 2nd place in the 2014 Champions League. Guiding Radnicki, Stevanovic won two Serbian Cups, one title in the Serbian League and the title in the 2021 Regional League, when the Kragujevac-based team became the first Serbian team to win the trophy in the Regional League.

Stevanovic has been working in the national teams of Serbia for years. He was the head coach of the women’s senior and junior national teams. Between 2014 and 2018, he was Dejan Savic’s assistant. During that period, Serbia won gold medals at the Olympic Games and the World Championship (along with one bronze), three European Championship titles, one World Cup title and four World League titles.

Stevanovic, who will continue to work as Radnicki’s head coach, has agreed with the Water Polo Federation of Serbia to guide the national team at least until the end of the current Olympic cycle, until the 2024 Paris Games.

He was a member of the coaching staff of the national team of Kazakhstan in 2012, when the Kazakhs won the gold medal at the Asian Games and 9th place at the Olympic Games.