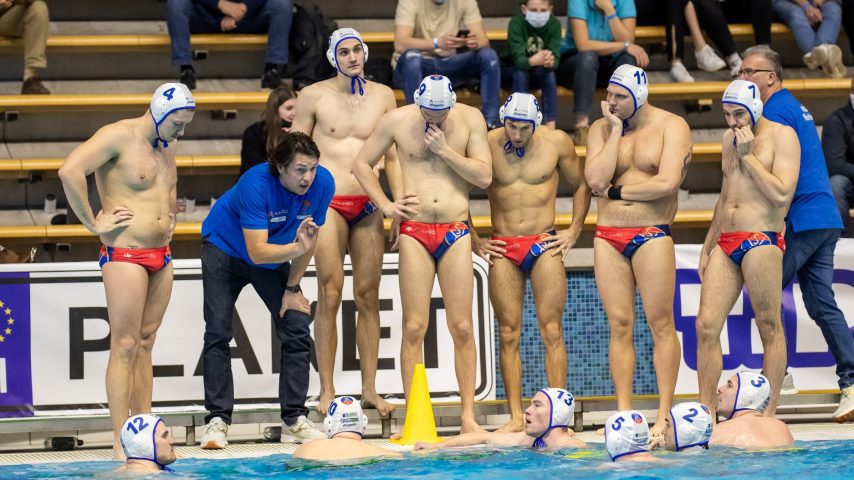 Vasas won the bronze medal in the Hungarian League.

The Budapest-based side beat 2021 national champion Szolnok (15:8) in the second match of the third-place playoffs. In the first game, played in Szolnok, Vasas recorded a 15:6 victory.

Vasas secured a spot in the Champions League qualifications, while Szolnok has the right to play in the 2022/23 LEN Euro Cup.

Vasas returns to the Champions League after a long absence. Vasas, the two-time European champion (1980 and 1985) hasn’t played in the best competitions for clubs since the season 2011/12 when it won 4th place at the CHL Final Four in Oradea.

After the first half, it was more or less clear that the 3rd-place playoffs would end after the 2nd match. The hosts dominated. Szolnok scored the first goal in the match, but Vasas replied with four for a 4:1 lead. By halftime, the hosts increased the margin to five (8:3). The defense was a key to Vasas’s success. Goalkeeper Branislav Mitrovic was outstanding. He blocked even 11 shots in the first two quarters. He finished the match with 19 saves although he played in only three quarters (Miszei replaced Mitrovic in the 4th period).

At the end of the game, Szolnok’s coach Zivko Gocic congratulated his best man Slobodan Nikic, who was appointed as Vasas’ head coach in October. Before he arrived at Vasas, Nikic, who retired in 2020, never was a head coach of a senior team.

The second match of the Hungarian League final is scheduled for Wednesday. Ferencvaros beat OSC convincingly (18:9) in the first game.