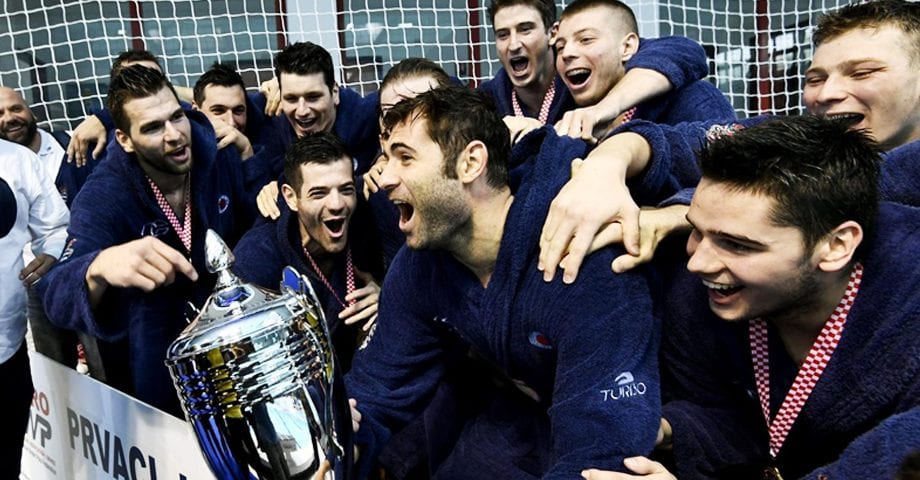 The 2018/19 Croatian Water Polo League concluded over the past weekend with the 3rd leg of the final series between the two regional powerhouses VK Jug CO from Dubrovnik and HAVK Mladost Zagreb.

Jug defended the title of Croatian champion for the fourth time in a row, making it their 15th Croatian championship title in total. They went three for three and managed to avenge their surprising loss in the previous cup finale against their biggest rivals, securing their overall 64th trophy.

Interestingly enough, VK Jug won their 32nd trophy on the same day back in 2001 (19 May), which means they managed to double their trophy case within 18 years!

After the final game, HAVK Mladost head coach Zoran Bajic concluded: “A number of technical errors in the fourth quarter cost us a lot. Jug took advantage of these mistakes and earned the title of Croatian champion. We were true rivals for them throughout the playoffs though”

The champions head coach Vjekoslav Kobescak congratulated their opponents and his own team members: ” It was a tough match and a difficult series. Congratulations to Mladost, but above anything else to all my players who performed very well today […] I’m happy with 3:0 in the final playoffs.”