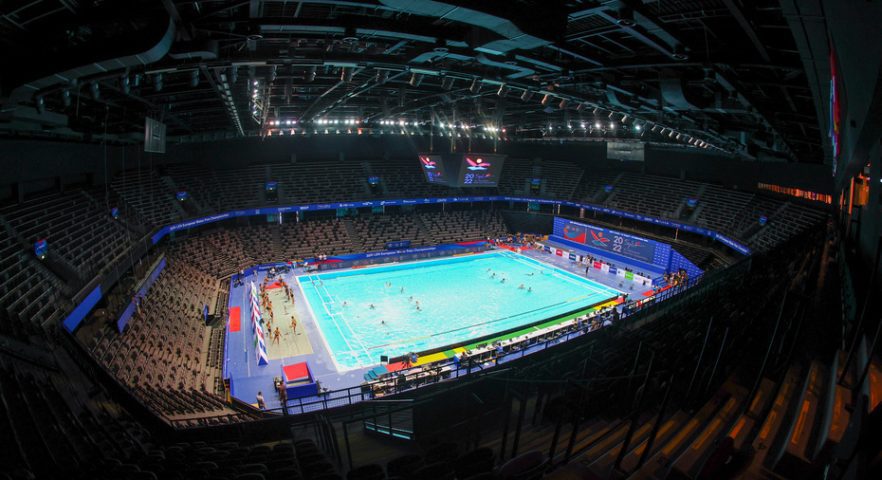 The series of this summer’s big water polo competitions for senior water polo national teams will end in two weeks.

The 35th European Championships will start in Split on Saturday, with the first round of the female tournament.

Hungary (men) and Spain (women) will try to defend the titles. However, winning two medals in a row in the same series of competitions is never easy. Besides, many teams are medal contenders and have a lot of optimism, even though the season has been very long. 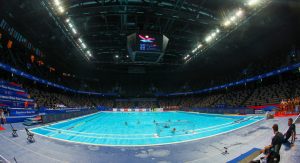 The tournament will be played in an impressive Spaladium Arena, which was a venue of many great sports and cultural events.

The organizers are ready for a spectacle, they said at today’s opening press conference in Split. Coaches and players are impressed with what the venue looks like.

All photos by Total Waterpolo

Renato Zivkovic, the head of the Local Organizing Committee, said that, despite the troubles caused by the coronavirus pandemic and the ongoing war, the hosts were able to meet all the plans. He thanked the Government, the local authorities, and partners for the support they provided.

“We have 28 teams here, 92 matches to play in 15 days – two pools were constructed, the arena is dressed up, and everything is ready for the great show. I hope that everyone will enjoy the next two weeks.”, Zivkovic said (Quotes’ source: LEN Press Release)

Milos Mracevic, a LEN Bureau Member and water polo liason. told that he had been in the Spaladium Arena for many events, including the World Handball Championships, but this time the hall got a new face:

“In my opinion, the Arena looks the most beautiful now and it would be nice if the pool could stay forever.”

On behalf of LEN President Antonio Silva and First Vice-President Josip Varvodic, we are all grateful to the Croatian Water Polo Federation for what they have done in the last year, the enormous efforts they’ve put in to have a successful event in Split. I’m sure everyone will leave Split and Arena with the most positive impressions after the Championships.” 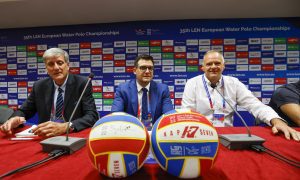 LEN Operational Manager Marco Birri underlined that 34 broadcasters would have live coverage of the championships. LEN also offers a free live stream of each game with on-site commentary on a new platform that is available through LEN’s website, Birri said.

Besides the LEN officials and the organizers, several coaches and players attended the press conference – Serbia’s head coach Dejan Savic, his colleague from Croatia’s bench Ivica Tucak, than Anni Espar and Laura Ester, members of the team of Spain, the reigning champion, and Aljosa Kunac, assistant coach, Croatia’s women’s team

We already wrote that Serbia would come to Split with a completely new roster, even compared to the World Championships. Savic said that his team had the highest number of changes together with Croatia:

“We had some injuries which were unpredictable, but those will not influence our ambitions and goals here. Some may say we are too ambitious, knowing the team composition, but we have to appreciate the history of Serbian water polo, so we always have to aim to be the best. I’ve never asked for an alibi, neither as a player, nor as a coach – but I keep telling, that for us it’s always the Olympics which are in the focus, to qualify and then reach the best result there. Here we just want to make sure that the team grows, as everything is just a step towards Paris.”

The Serbs arrived in Split a few days ago, and, as Savic said, they had the privilege to test the venue with their Croatian friends last evening

“ The venue is beautiful. We know we’ll have the top level here – Croatia, Serbia and Hungary are the best organizers when it comes to water polo events.” 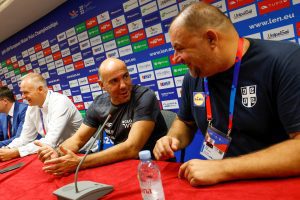 “We had the privilege to play a practice game with Serbia in this beautiful venue – congratulations to Renato and the entire organizing team who worked on this wonderful project. I’m sure we’ll have a fantastic championship here in Split.

As for the team, everybody will give his absolute top to represent the country the best possible way. We have ambitions, but we have a completely new team compared to Tokyo. Going through all the changes and forming a new team is never easy, and we also had to deal with injuries and sickness, so we’ll miss a couple of players. Still, we proved our strength at the World Championships and at the warm-up tournaments, we have a lot to offer, and we have the same goal as always – that is, reaching the semis and playing in the medal round. It’s difficult to predict anything, but we are ready to play in this beautiful city, in front of our fans, show our best and go as far as we can.”

Espar: We are ready to remain among best

Anni Espar, a member of Spain’s title-holding women’s team, which won silver at the Olympics last year, said that her team loved both medals:

“ We came here to show that we are the best, we are ready to be among the best in this Olympic cycle too. Hungary, Italy, Netherlands – any team can beat anyone here, so we have to fight hard in every game to prove ourselves and keep playing on the highest possible level.” 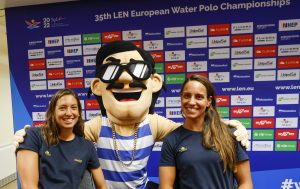 “Thanks to the good results we achieved over these years, the country really supports women’s water polo and our national team. But of course, as the men could finally win the world title, now they are in the media spotlight. That’s fine, after all. They pretty much deserved it.” 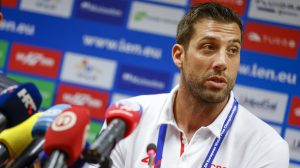 Croatia won’t be among the favorites of the female tournament. But, the hosts might surprise. Aljosa Kunac, head coach of Croatia’s women’s team, told the media:

“The coronavirus knocked on the door and we had to send two girls away. The preparations weren’t that easy as ours is a young team, and many players were in Belgrade at the U18 World Championships, but now we have the full line-up so we can practice together. We are expecting some good results at home.”