What Is the History of Water Polo? 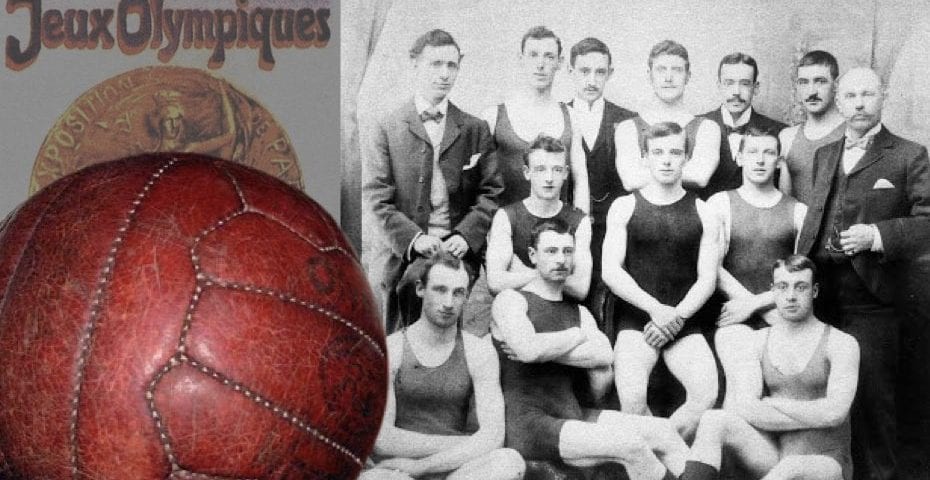 When Was Water Polo Invented?

The first attempts of the sport we know today were in English and Scottish lakes and rivers in the mid 19th century. The earliest versions of the aquatic sport have few to none similarities to the water polo we know today. On the island of Great Britain, that sport was a slightly weird, water version of rugby. This water rugby sport was, at that time, also popular under the name of aquatic football. The name that even the originator of the game, William Wilson, used in 1877 when he drew up a set of rules for this sport. In 1885, the Swimming Association of Great Britain recognised the game and formulated a set of rules. They expanded on Wilson’s rulebook from 1877, creating the basis of the sport we all love today.

One of the earliest recorded games occurred in Crystal Palace in London on 15 September 1873. In 1886, the Scottish Amateur Swimming Association (Western) held their first championship called the West Cup, very likely the first club tournament in the world that is still played today. England and Scotland played the first international match on 28 July 1890, in London. 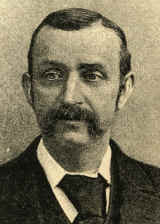 Why Is It Called Water Polo?

Aquatic football came to be called water polo. Word “polo” is the English pronunciation of the Indian word “pulu” which means “ball”. The game played on horseback is known as polo whereas this game in water is known as water polo. However, the name is the only connection between the two sports.

Countless words have filled countless books, journal articles, reports about Croatia, Hungary, Serbia and their love for water polo. Love and affection that the parents of this sport have never really received.

“Aquatic football” continued to develop through the United Kingdom, Europe, and North America. With more and more universal rules the sport was ready for its first Olympic games. In 1900, in Paris, water polo and football became the first Olympic team sports played with a ball. Water polo was even in the plans for the 1896 Olympic Games in Athens but unfortunately didn’t make the cut.

Englishmen were the first to put the Olympic water polo gold medal around their necks in 1900. However, at the 1900 Olympic games, clubs competed, not nations. That is why Osborn Swimming Club from Manchester won the first Olympic gold medal. Furthermore, at the 1904 Olympic games in St. Louis, it was again without nations, and only American clubs participated in this sporting event. 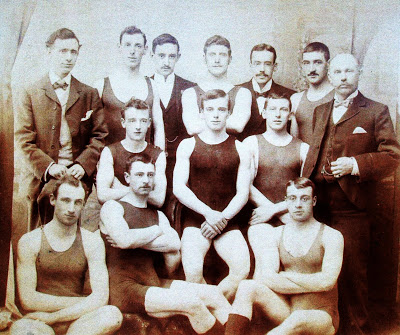 Same as football, water polo was a demonstration sport at the Games in 1900 and 1904. The real story begins at the 1908 Olympic games in London when for the first time nations were competing against each other. Also a first chance for Great Britain to demonstrate their superiority in the pool. In the finals, they beat Belgium 9:2 and took their first Olympic water polo gold medal as a nation. In the following two Olympic games, in 1912 and 1920, Great Britain also took the gold medals. World War I prevented the 1916 Olympic Games.

Great Britain as a Superpower

The fact that they invented water polo, their domination in this sport itself is not surprising. But, it is still worth mentioning. A casual sports fan, perhaps even a decent fan of the water sport, is not really aware of Great Britain’s domination of the sport at the beginning of the 20th century. However, the fact is that they left an indelible trace in the history of water polo and the history of British sport in general.

Today, most people either do not know much about this water sport or if they have some knowledge, they think only eastern European countries play it. Or, that no one ever played as seriously as them. However, it is interesting that on the all-time table for Olympic medals won in water polo Great Britain is 4th. Only Hungary, Yugoslavia and Italy being before them. Great Britain has more Olympic gold medals in water polo than Serbia, Croatia, Russia, the United States and Montenegro combined.

When it comes to the history of sport in Great Britain, this aquatic sport left an ineradicable trace there too. If we only take a closer look at the gold Olympic medals, water polo is, along with field hockey, their most successful team sport played with a ball. Great Britain has more Olympic gold medals in water polo than in football, basketball, lacrosse, handball and rugby together.

Great Britain could have won even more aquatic Olympic medals. What if the 1896 Olympics had included water polo like it was intended? Great Britain would have very likely won the gold medal. Also, what if the British as a nation had won the gold medal at the 1900 Olympic Games, not the club from Manchester? What if Great Britain had played at the 1904 Olympics, not only American clubs? Great Britain was not even allowed to show its true power. Lastly, what if World War I had not prevented the 1916 Olympic games, the period when Great Britain was at the height of its power? However, even without all these “what ifs”, they showed Olympic water polo domination that perhaps only Hungarians later achieved.

End of an Era

Britain’s aquatic domination lasted at least two decades, if we count the first and the last Olympic gold medal won by the British (1900-1920). At the 1924 Games in Paris, they were stopped by Hungarians and did not win anything. Since then, Great Britain played water polo at six more Olympic games, the last being the 2012 Games in London. Nine years ago they significantly lost every single match and it was clear that they were intruders in that tournament. Being there only because they hosted the games.

Time has shown that the gold medal at the 1920 Olympic games in Antwerp was the end of their significant dominance in the world of this aquatic sport, the end of an era. That was not only their last gold water polo medal but their last water polo medal in general. European and world championships came much later after their two decades of dominance. Hungarians hosted the first European Championship in Budapest in 1926 whilst Belgrade hosted the first World Championship in 1973. Both far after Britain’s golden years.

The Land of Rose does not watch or play water polo. They are not interested in this sport as Hungarians, Serbians, and other giants of today’s “aquatic football” are. The Brits turned their heads towards other sports they invented whilst they forgot this one, perhaps even forever.

Great Britain is the home of many greats, in many categories. They created more than one widely accepted sport. No parent will say out loud who their favourite child is, however, they will show it with their actions. Great Britain abandoned their child, but some other countries (such as Croatia and Hungary) adopted it and raised it into the sport that it is today. However, that is a story for some other time.