Who surprised and who disappointed in Split? 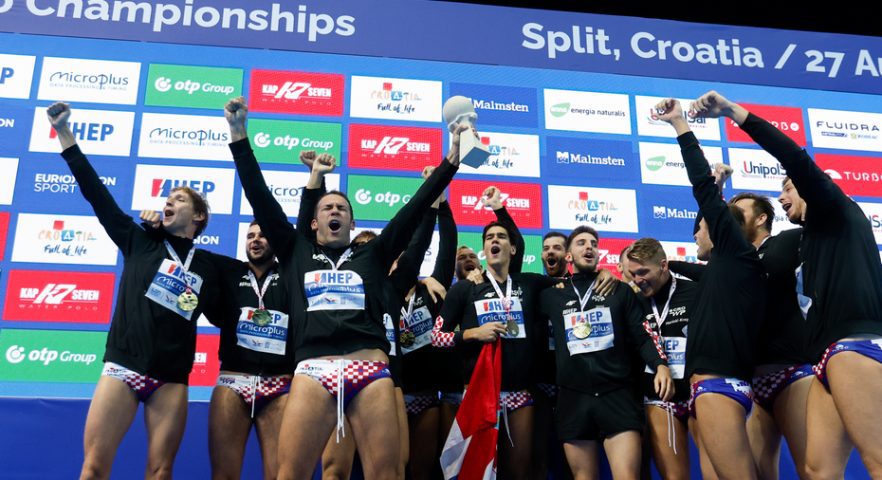 An exhausting water polo summer for senior national teams finished in Split last evening. Croatia became the new European champion, and it clinched the gold medal for the second time in history. The Croats did it again in front of the home crowd – the first title was won 12 years ago in Zagreb.

As always, some teams are very happy, some are satisfied, and some are disappointed.

It seems that this time there have been more happy and satisfied than disappointed teams.

Let’s start with those who celebrated the most – the Croats. The hosts didn’t disappoint their fans, who were their “extra player” in all crucial games. Croatia struggled in some matches. It barely saved a point in the match against Greece and secured first place in the group. An encounter between Croatia and Italy in the semifinals was also very exciting and open until the very end. The final offered a lot of excitement, but the Croats showed their best face when it was the most important. They played well throughout the game, but Hungary successfully chased them. Still, the hosts took control in the final quarter and secured the title a few minutes before the end.

Ivan Krapic: I knew we could win a medal

“Being a European champion in the homeland in a fantastic atmosphere is a feeling we will never forget. Thanks to our fans, who helped us a lot, their support was very important in crucial moments”, Ivan Krapic, Croatia’s captain, said. 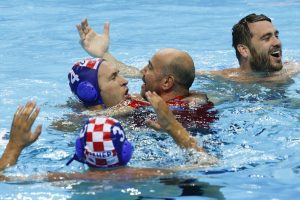 Krapic commented that many hadn’t believed that Croatia was able to succeed in Split.

“From the beginning of the tournament, we knew what we were able for. I said many times that we could win a medal. We proved that we were the best and deserved the title.

The final was a big battle. It was an even contest. Still, Croatia led and dictated the pace for more of the time. The crucial moments of the final were two penalty shots awarded to Croatia after counter-attacks. The Split-born Jerko Marinic Kragic converted both penalties. Between these two shots, Manhercz missed a penalty for Hungary, the hosts went to 10:8 with two minutes remaining.

“Hungary is a great team. It is very hard to play against them. They play atypical water polo (without classical center-forwards – Ed.). But we prepared for their style of play. Our man-down defense worked excellently, Marko Bijac was outstanding between the posts. Since defense was up to the task, we could let ourselves some misses in the attack.

At the World Championships in Budapest, Croatia didn’t play well in the medal matches and finished 4th. Split was a different story.

“I am delighted because we secured the win in the last quarter of the last game, at the very end of the tournament – when all players were tired. We closed the game with two counter-attacks, which wasn’t characteristically for Croatia in recent years. On the other side, Hungary’s weapons are counter-attacks.

Croatiia beat the Hungarians with their arms.

“How we played in the final minutes showed how much we wanted to win. Once more, I congratulate the team, the staff, the Croatian federation”, Ivan Krapic underlined.

Zsolt Varga: Nobody but us believed Hungary could achieve good result

Hungary lost the final, but the 2020 Champions couldn’t be unsatisfied because the summer started very badly for the Hungarians. They finished 7th at the World Championships in Budapest. That was a big shock, which caused changes in the team and staff. 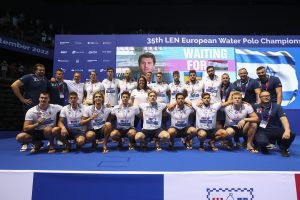 Zsolt Varga took over the team several weeks before the Split tournament. He made some changes on the roster, gave chances to younger players, and changed strategy and tactics. Hungary was without aces like Denes Varga and Marton Vamos. It played, as Krapic said, atypical water polo, without classical center-forwards. The Hungarians proved their great capabilities already in the group stage, where they demolished Serbia. They beat Montenegro and Spain in the knockout round. In the end, they had to congratulate the hosts in the final.

Zsolt Varga congratulated all the semifinalists and said that all of them had had a very good season.

“The final was a very nice game, with an amazing public. We played well, but we made some mistakes at the end of the match. Of course, you always feel bad when you lose a gold medal match. But silver is an excellent result for us. I think that before the Championships nobody, bot just in Hungary, beleived that this team of Hungary could achieve a good result, to arrive in the final.

We have to be realistic, considering all the facts, this is a great success for us. We were only 40 days together before the championships, but we worked hard. I knew many players before because I have coached them in Ferencvaros. I believed in this team. I am happy because of the way how we played the whole tournament. I saw an enormous enthusiasm, fire, and big wish in each game. I think that we are on the right way.”

The bronze-medal match was a replay of the World Championships final. Spain beat Italy again. The match didn’t enter a shootout this time, but it was a close battle. Felipe Perrone decided everything with an amazing goal at the finish. Neither of the teams can be disappointed. Spain is the only male water polo national team that won three medals this summer. Italy took silver at the World Championships and gold in the World League. The “Settebello” returned home empty-handed, but they proved their quality. Italy had 12 players on the roster in each knockout round match and was at an equal level with the favorites. 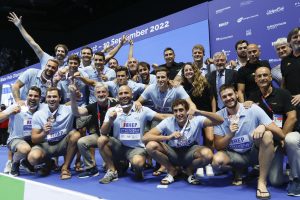 Greece finished 5th. The Greeks didn’t achieve their goal, but after they were eliminated in the quarterfinals, they fought hard to win 5th place and were motivated until the last game of the tournament. France showed its new face, caused headaches to the favorites, and eliminated Serbia. France’s primary task in Split was to qualify for the World Championships and they made it, just like Montenegro. Georgia reached the top eight for the first time.

So, the teams placed 1st-8th can be more or less satisfied with what they achieved in Split. And who was disappointed the most?

Olympic champion Serbia finished in 9th place, which is Serbia’s worst-ever result in the history of the Europeans. The generational switch after the Olympic Games left a strong and unwished mark on the Serbian team. Besides, the team had problems with injuries and illnesses before the Championships. Eleven players of Serbia debuted at the European Championships. But these facts aren’t excuses because Serbian players didn’t show their full potential this summer. After all, the Serbs don’t hide behind excuses. They are aware of where they are – at the bottom, as Radomir Drasovic, Serbia’s best player in Split, said. Dejan Savic said after the last game: “The agony is over and we have to see now how to work in future.”

Serbia wasn’t a favorite for the European title in 2022, but the Split tournament was the last wake-up signal for Serbia. Indeed, this team of Serbia could play better. The coaching staff and the Federation will analyze everything and conclude why Serbia didn’t show its best at the moment. 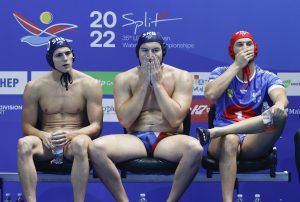 It sounds unbelievable, but it’s true – Serbia will play the qualifications for the 36th European Championships in Tel Aviv. Yes, only the top seven teams qualify for the next continental championships. Playing in the qualifications against teams that aren’t in the same weight category as the Serbs might be a good “shock therapy” for them.

Hungary’s shock therapy was 7th place in Budapest this year. The Hungarians managed to recover quickly. Serbia obviously needs more time, but after a series of successes in the last ten years, two Olympic golds, and many medals at all major competitions, Serbia’s fans have to be patient and not to pressure a newly composed team. The results will come.

Croatia, a newly crowned champion, finished 9th at the 2012 European Championships (only 12 teams played in the tournament at that time), but it won the Olympic gold medal a few months after.
Big ups and downs are usual in sports.