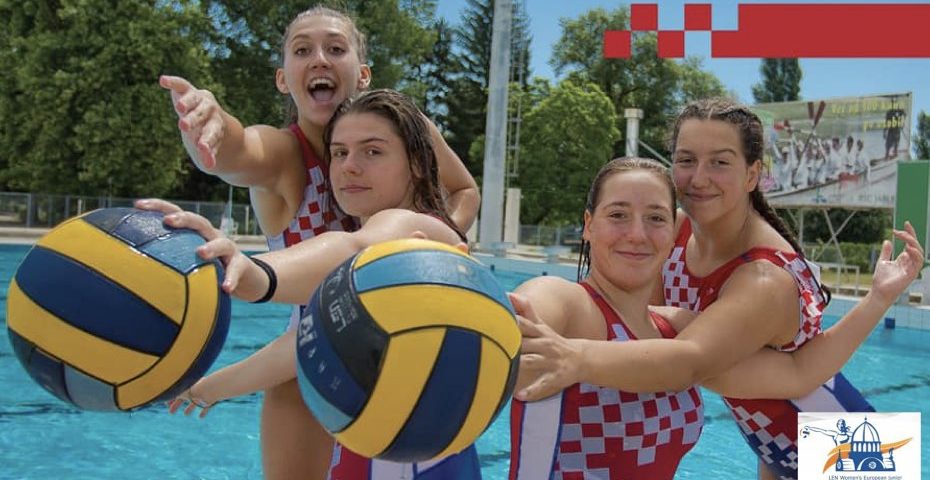 The eight-day competition begins on Saturday 21st at 9:00 am with a strong looking Israel taking on Great Britain, and finishes on Sunday 29th with the gold medal match at 21:00 pm.

Despite the senior women missing out on a medal at the Olympic Games in Tokyo, Russia’s U17s are the most successful European nation at the Junior Championships and will be looking to add a fifth title to their trophy cabinet. They’ll want revenge against fierce rivals, Spain, who beat them in the final at Volos in 2019 by a single goal.

Speaking of the Olympic games and Spain, we can expect to see their teenage sensation, Elena Ruiz, sporting her nation’s colours in Sibenik. After netting eleven goals in Tokyo, you wouldn’t bet against her being at the top of the goal-scoring charts at this competition.

Hungary will hope that their senior women’s team first Olympic medal just over ten days ago will inspire their U17 side to victory for the first time in over two decades. They are under the stewardship of Marton Benczur and have spent their last days of preparations in Szentes – where the U15 women’s European Championships were held a few weeks ago.

However, they are not the only team to have spent time in the town in South Hungary. Szentes is clearly the destination of choice for many of the teams in the build-up to Sibenik – with Serbia, France, Romania, Slovakia and Israel all having spent time playing matches there against each other. This is a rare exception to a situation where most teams know very little about each other.

The reigning champions Spain will most likely top group A and will be looking to secure their third straight title against Serbia at 21:00 on Friday, whilst Russia are expected to win Group C with comfort with Germany and Romania competing for second place there.

Group B certainly looks interesting as Greece and the Netherlands, both of whom are three-time winners, will meet on Sunday at 10:30 in the group stages. Group D also contains two former champions in the shape of Hungary and Italy, who face off later that day at 16:30.

Whilst only the top team in each group will secure an automatic place in the quarter-finals, a second-place finish at the group stages would also provide a route into the final eight, albeit with those teams needing to win an additional fixture.

The nineteen teams are divided into three groups of five and one group of four. The teams that top the group directly enter into the quarter-finals to be played on August 27. The second and third in each group will compete against each other to determine the second set of quarter-finalists. The team that finishes fourth in each group will compete for the positions from twelfth to sixteenth and the fifth for those from seventeenth to nineteenth.

The full schedule of games is available here.