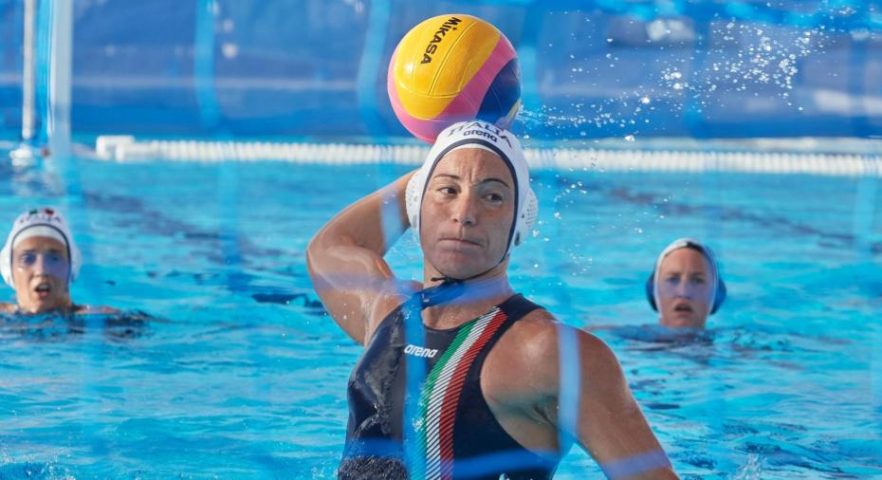 Italy and Canada have ended their campaigns in Tenerife with victories on the last day of the World League Super Finals.

The Setterosa have finished 5th at the World League Super Finals having managed to defeat Australia 13-11 despite a bit of a wobble at the start of the second half that saw them surrender a five goal lead. Carlo Silipo’s team have matched their result from the last time they qualified for the tournament back in 2016.

In the first game of the day, Canada rounded off their competition with a 13-6 win over New Zealand. Their top goal scorer this week, Kyra Christmas, bagged four goals on the way to their victory in that game.

Italy matched the fifth place they secured at the last World League Super Finals they competed in back in 2016 with a closely-fought 13-11 win over the Aussie Stingers.

Australia looked to be out of the tie just before half-time, trailing 9-4, but a huge third quarter put them back on level terms at 11-11. But Italy showed all of their experience in game management to see them through to fifth place.

Another outstanding performance by Domitilla Picozzi, Italy’s in-form player this week, led her side to the victory, scoring three times. There were braces for the returning Valeria Palmieri, and Claudia Marletta.

Alice Williams was particularly good for the Aussie Stinger today, with three quite brilliant strikes from afar.

Some excellent individual skill put Italy ahead in the opening section of the match. Picozzi netted a double, one from range and one from the right side. Valeria Palmieri and Agnese Cocchiere powered home from the centre. The Aussies had their first score via yet another beautiful shot off the top by Amy Ridge. Bronte Halligan’s emphatic penalty off the crossbar put the score at 4-2.

Italy had everything their own way at the start of the second period. Palmieri (extra-player post) and a Claudia Marletta penalty put Setterosa 6-2 up. The Stingers had a penalty of their own, but Abby Andrews could only fire straight at RN Florentia’s Caterina Banchelli. Alice Williams scored on a deep shot, and Tilly Kearns added the Stingers’ fifth goal on the post, but Agnese Cocchiere, Silvia Avegno, and Lucrezia Cergol ensured the Italians maintained a substantial lead at halftime (9-5).

The Stingers showed some fine attacking quality, and eventually pulled level. Alice Williams, playing against several of her Ekipe teammates, put away two sublime shots from 6m, while Bronte Halligan, Zoe Arancini, and Charlize Andrews also found the net with impressive strikes. Hayley Ballesty was given too much time to walk in and dispatch past Banchelli (11-11).

After a heroic comeback, it all came down to the last period, and it was the Italians that found the all important scores. Dafne Bettini had room to swim through on the right and fire home, before Chiara Tabani prodded  home on the post. The Stingers pushed to find the goals they needed, but the Italians frustrated the Australians, and held on for the victory.

Canada has finished 7th at the World League Super Finals after defeating New Zealand 13-6 this morning.

Kyra Christmas scored four goals to lead the Maples to their second victory of the week in Tenerife against a young New Zealand squad. 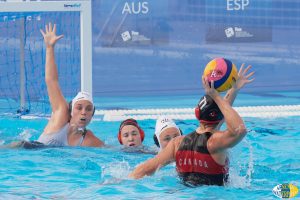 There were some thrills along the way for the Canadians, with a wonderful penalty victory over the Netherlands and a decent contest against the Stingers. But after three consecutive top-four finishes (2017, 2018, 2020), they will be disappointed to be regressing in their classification.

New Zealand won’t be too discouraged by finishing eighth in their first showing at the Super Finals; there is enough quality within the squad, including the absentees from this tournament, to be optimistic about their future development.

The first quarter was a dead heat; three scores by Emily Nicholson for New Zealand cancelled out the scores by Wright, Bakoc, Christmas, and Lekness. 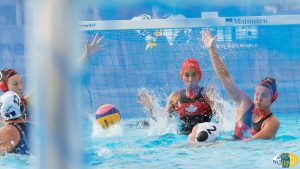 The Canadians pulled away in the second quarter, taking a 4-7 lead; two goals in under a minute led the breakaway for David Paradelo’s team, with Kyra Christmas netting two in the quarter.

Three more consecutive scores from the North Americans saw the game through, even despite Millie Quin’s extra-player goal (5-10).