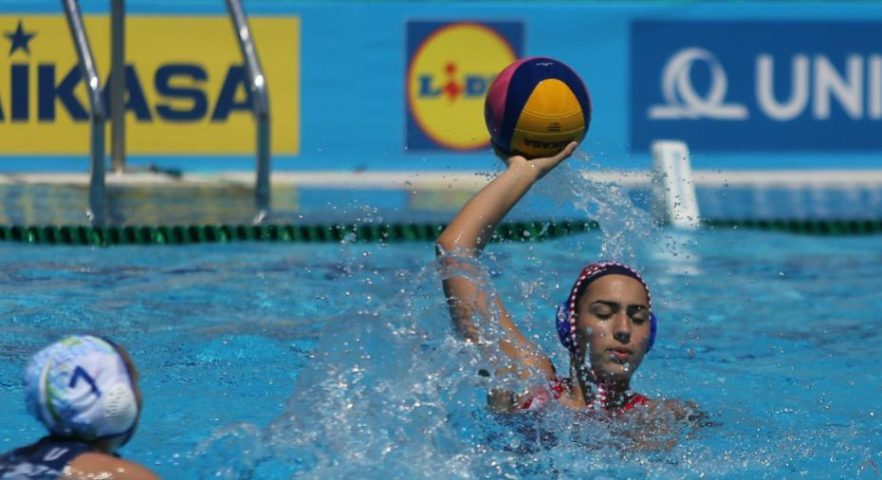 Croatia have finished 9th at the World Youth Championships in Belgrade, while Kazakhstan end their campaign in 11th.

There was a terrific game played out in the 9th place final, with Croatia beating Canada 15-13. Although Canada led for large spells in the game, the Croats fought tooth and nail to draw level 10-10 with third quarter scores from Ria Glas (2) and Anna Goreta. Goreta then gave Croatia the lead with just ten seconds left in the quarter which was then compounded by Iva Rozic’s action shot to give Croatia a two goal lead for the first time in the match. Despite Canada’s heartening comeback (Plomp, Browne & Hack), an excellently taken 6m foul by Nina Medic, a quick bit of centre play by Magdalena Butic, and a daring lob by Anna Goreta (her fourth goal of the game), sealed the win with eighteen seconds to play. Both Serena Browne (Canada) and Iva Rozic (Croatia) finish in Belgrade tied on goals scored, with 23 goals each.

In the Central Asia derby between Kazakhstan and Uzbekistan, Kazakhstan prevailed 12-7. Kazakhstan were simply better in every department today; outmatching their neighbours on shot efficiency and save efficiency. Darya Pochinok ends the tournament as Kazakhstan’s top goal scorer with 13 – she scored a hat-trick today alongside Alina Ozkaya. Uzbekistan’s Ugiloy Abdulkhaeva impressed this week, with another four goals in her final game putting her on fifteen for the competition.