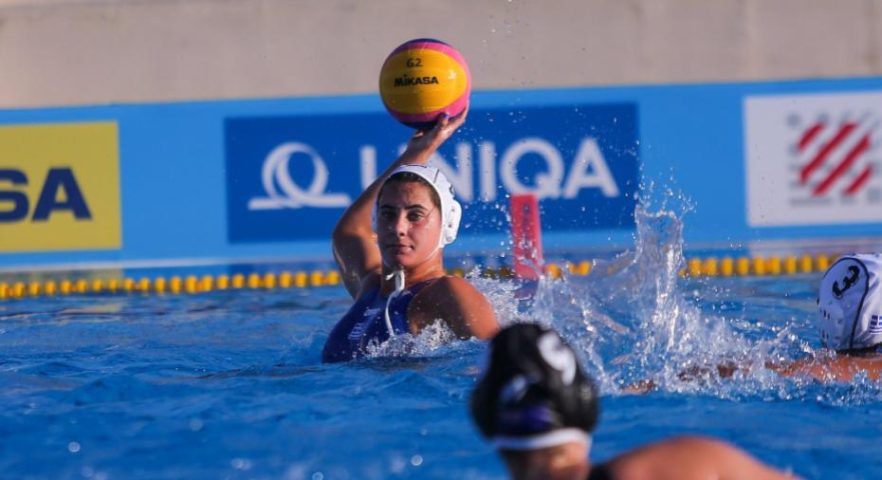 Greece will await the winner of Italy and the United States in the final of the Women’s World Youth Championships in Belgrade after an emotional, but vastly entertaining 10-9 victory over Hungary. Foteini Tricha was the star of the show, with five goals in the game, but there were heroic performances everywhere on both teams in a gruelling match.

Greece were well worth their 10-5 lead into the last quarter, but with a huge effort by the Hungarians, they so nearly pulled off an incredible comeback, finishing just a goal shy of taking the game to penalties.

Greece are now into their first Women’s World Youth Championship final since they won the first edition of the tournament back in 2012. Hungary can still take home a Bronze medal with victory over Italy or the United States tomorrow

The first game of the evening was a truly brilliant spectacle; a wonderful advert for the sport and particularly the women’s game. There was a huge crowd in for the match, something that may not have been expected with Serbia’s premature exit from the tournament, and it was just as well that the crowd were there, because it was a exceedingly enjoyable 32 minutes of water polo.

The two teams in the first Semi final, as you would expect, were really up for the contest. Hungary had the better start in the first quarter, earning a swift 2-0 lead; Tekla Aubeli’s backshot was perfectly executed, while Eszter Macsai did well to drive her shot down the channel past three blockers. But Greece fought back, firstly through Foteini Tricha’s unstoppable attempt off the bar from close range, before Dionysia Kouretas’s thunderbolt from range.

Zoe Lendvay did put the Magyars 3-2 up with her smart cross-cage finish, but a double-man up score for the spectacular Stefania Santa, and then Sofia Tornarou’s easy finish from Nefeli Chaldaiou’s pass gave Greece a 4-3 lead after the first eight minutes.

There was a slight momentum shift in the second period though in favour of the Greeks. Despite an exquisite long shot into the roof of the Greek net by Eszter Macsai to establish parity (4-4), Greece scored twice; with Foteini Tricha reacting quickest to the rebound from Christina Siouti’s shot, before a goal, 18 seconds from half time by Stefania Santa made it 6-4. Szonja Golopencza in the Hungarian goal could only palm the powerful shot into her own net.

The wheels really came off for the Hungarians in the third quarter, with Greece brutally punishing the Magyar’s in the most professional of fashions. Panni Szegedi scored the sort of goal that you just have to sit and admire, with a powerful shot of both posts and in. But that was were the joy ended for the Hungarians as Foteini Tricha made her decisive mark in the game, scoring three times; the first a cool finish at close range, the second a situation where she found herself unmarked with inside water on 4m, and the last, a stylish lob after brilliantly turning the ball over from Eszter Macsai on the half-way line.

To make matters worse for the Hungarians, Szonja Golopencza, their keeper,  was instructed to join the attack with a minute to go in the quarter, but when her sister, Nora, was reversed and given her third major foul, Nefeli Chaldaiou made it 10-5 with a precise long shot into an empty net from her own 5m.

Like so often this week though, the fourth quarter provided fireworks in the match, with Hungary inexplicably finding  our unanswered goals to get back to 10-9. Zoe Lendvay finished well on the right, before Kata Hajdu stayed composed on the left to finish well. Hajdu, who had until then been quiet in the game, then turned provider for Panna Szegedi, who firstly finished a quick counter attack. Szegedi then stayed extremely cool to convert a 5m penalty won by Macsai’s dynamic swim into centre.

But for all the pressure, Greece had the blocks in defence to hold on for the win, despite the huge effort put in by the Hungarians.