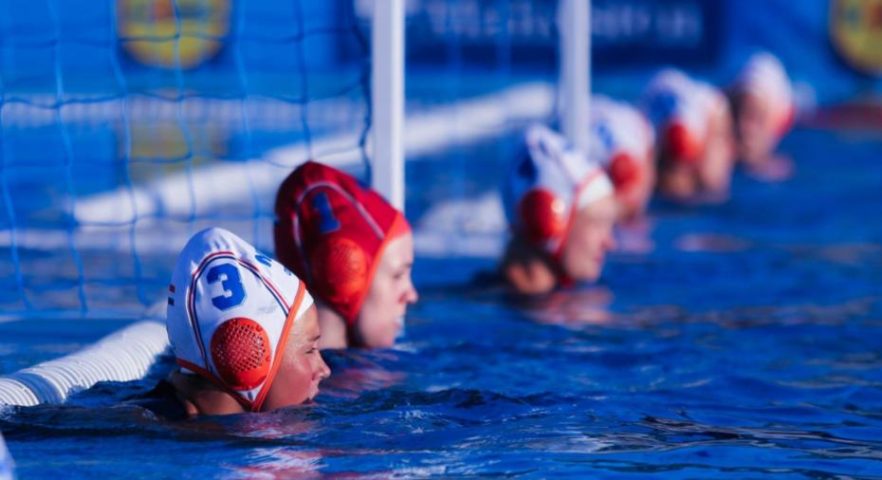 Spain and Australia will contest the 5th place play-off tomorrow at the World Youth Championships in Belgrade, after winning their respective classification Semi finals today. The two losers, New Zealand and the Netherlands, will also play one more game tomorrow, for 7th place.

Four goals from Tayla Dawkins inspired Australia to a 12-5 victory over their imminent neighbours, New Zealand. The junior Stingers were really impressive defensively, but showed particular maturity in the face of plucky opposition to take key chances, especially in the third period.

The two rivals from Oceania started the game with serious intensity, but the Aussies looked the more dangerous in attack. A well-placed shot on the top by Stingers leftie Alexandra Nasser and a no-look punt by Tayla Dawkins was the only difference between the two sides after eight minutes (2-0).

Australia continued to press on in the second, and a sublime shot from range by Tayla Dawkins made it 3-0, before Taafili Taoso twice tucked home while occupying her favoured central position. The Kiwis did eventually have two goals on the board (Goldsworthy and Dawkins), and both were as a result of a bit of hasty goalkeeping by Victoria Kinnimonth – who riskily vacated her goal twice to steal the ball, without avail on either occasion.

But Australia did well to shut down any chance of a Kiwi revival, and distanced themselves in the third. Nassar grabbed her second of the game with a thumping strike from distance while a sharp-shot from Dawkins saw her hit three goals in the match. Subsequently: a Sienna Green penalty, a bounced shot from Magali Ogg and a goal inside her own half for Green again made it 10-3, and all but wrapped the game up for the Stingers.

Two potent strikes in the last for Millie Quin, who ended the game on a hat-trick, were later cancelled out by Tayla Dawkins 4th goal of the match and a welcomed score for Georgia Chapman on the left.

Spain held on by a whisker this evening to take a 9-8 victory over the Netherlands. A Queralt Bertran hat-trick helped the Spaniards on their way to fight for 5th place, in a hugely entertaining clash.

The Spaniards had it all their way for the first three quarters, but they couldn’t quite shake the Dutch, who came back hard in the last. Lola Moolhuijzen netted four times, but crucially missed a penalty in the third quarter.

There was practically nothing to separate the two teams after the first eight minutes. Lola Moolhuijzen’s trademark rocket from 6m was cancelled out by Queralt Bertran’s shot from the right that Lisa Backer in the Dutch goal seemed to misjudge. Both sides showed their prowess at centre, with Alba Munoz and Noa De Vries both screening an exhibition of great strength and quick hands. Spain just had the edge going into the second period, with Miren Urizar having far too much time and space to measure a well executed shot.

Spain pulled away well in the second, despite numerous decent opportunities for the Dutch. Georgia Gallinato had her shot drop in off the bar, before Marina Serrano pulled off the cutest of lobs from the left-hand side. Lola Moolhuijzen netted the Netherlands only goal in the quarter, but it was not from open play, rather a penalty. But Nerea Martin’s mighty shot stayed hot right into the corner, to give Spain a 6-3 lead at half time from six different scorers.

Into the third, tempers started to rise in the match as the game became slightly edgy. The Dutch really struggled with the Spanish getting in their faces, and they were lucky to really still be in the game by the end. Lola Moolhuijzen had two penalties, scoring one and hitting the post with the other, while Queralt Bertran showed she can score from the top (wrong footing Backer in the Dutch goal) as well from centre forward. Eszter Gyori’s Oranges just about stayed in the match with Lois Den Ouden’s pass picking out Feline Voordouw – who made it 8-5 with a composed finish while being held at centre.

But the Netherlands were not going to repay the favour to the Spaniards, and got themselves right back in the match. The Dutch were awarded their fourth penalty in the game, and this time skipper Noa De Vries was on duty to strike home. Lola Moolhuijzen then scored her fourth in the match with a delightful cross-cage effort, before Feline Voordouw made it 8-8 with a tidy finish on the left.

Spain were unsettled, but stuck with what had worked throughout the game and fed the centre forward. It was Daniela Moreno, the powerful attacking buoy, and she gave her side the lead with two minutes to go. Mar Carrasco in the Spanish goal then made a quite outstanding save from De Vries, to keep Spain ahead with twenty seconds in the game.