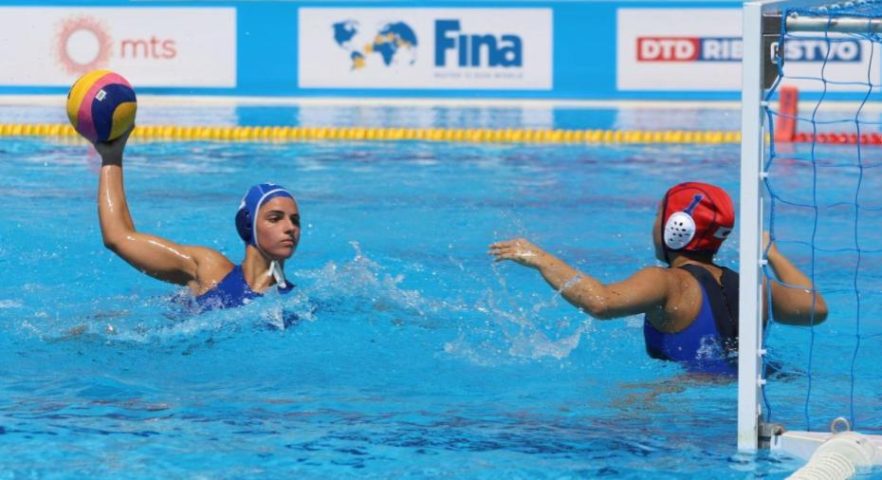 The first day of the Women’s World Youth Championships has come to an end, and while there were a tonne of goals were scored, there was little in the way of closely-fought competition.

All the teams you would have expected to win did at the 25.maj- Milan Gale centre; with the United States, Spain, Hungary, Greece and the Netherlands all winning significantly without breaking a sweat.

Under the lights this evening, New Zealand humbled the hosts Serbia in front of home crowd, while the game of the day, perhaps predictably, was between Canada and Australia – who slogged out a 12-12 draw.

Hungary thrashed Turkey 32-2 in the second match of Group A, thanks to a six goal haul from the MVP of the match, Kata Hajdu. Both Zoe Lendvay and Tekla Aubeli (both UVSE) scored five goals each, as did OSC’s Eszter Varro. 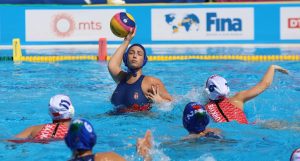 There was a lot of goal action in the opening game of Group B, as a rampant Greece thwarted Japan, 23-11.

Stefania Santa, as usual for her national team, had an absolute field day out on the wing, scoring seven times in the game, including a really excellent lob right before the final buzzer. Also looking really sharp was Dionysia Koureta, who bossed the game at centre scoring five times.

While the Greeks were looking good up top, they conceded far too many goals for Eftychia Karagianni’s liking. Haru Yamamoto was the leading scorer for the Japanese, alongside Shoka Fukuda (3) and Sakura Katada (3) – converting some really decent scores from a fair distance away.

The United States barely flexed a muscle in their dismantling of Uzbekistan this evening. Senior International Emily Ausmus hit five, while three players who all made senior debuts at the Intercontinental Cup in Lima, Ava Stryker, Julia Bonaguidi and Rachel Gazzaniga, scored a quad each.

A fairly miserable scoreline for the team from Asia was made slightly more enjoyable with their goalkeeper, Valeriya Konovalova, scoring their 7th goal with a minute and a half left in the match.

There was nothing to separate Canada and Australia in one of the only exciting match-ups on the opening day in Belgrade. There were several momentum shifts throughout the game, and of the two sides, Canada will probably rue the fact they couldn’t quite show the conviction to win.

Canada’s Serena Browne was in red-hot form in front of goal, scoring 8 for her side.

The Maples had led 12-10 with four minutes to go in the match, but scores from Layla Smith and Sienna Green ascertained that the points would be shared. Both Smith and Green converted four times each.

In the mid-day bought, the Dutch put South Africa to the sword with a twenty goal win. Lola Moolhuijzen was in typically good form, with a double hat-trick, while there were goals for the talented Feline Voordouw (5), and a quad off the left-arm of Aniek Roekevisch. 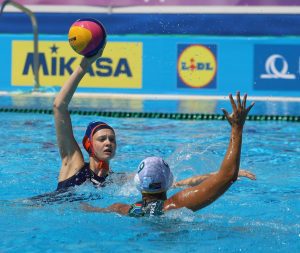 The Kiwis made a really strong start to these world championships, putting on a very impressive show against the hosts Serbia, with Millie Quin hit a magnificent seven goals in the game.

New Zealand were really clinical going forward, but many of the teams may be concerned how well the side from ‘down under’ defended – pressing Serbia out of the game.

Earlier on in the day, one of the favourites for the competition, Spain, opened their campaign with a confident victory over Croatia, winning 17-3.

Daniela Moreno, a key member of the U19 team who won Gold at the European Championships, put four away, while Nerea Martin bagged a hat-trick alongside Queralt Bertran – who scored with every shot she took (3).