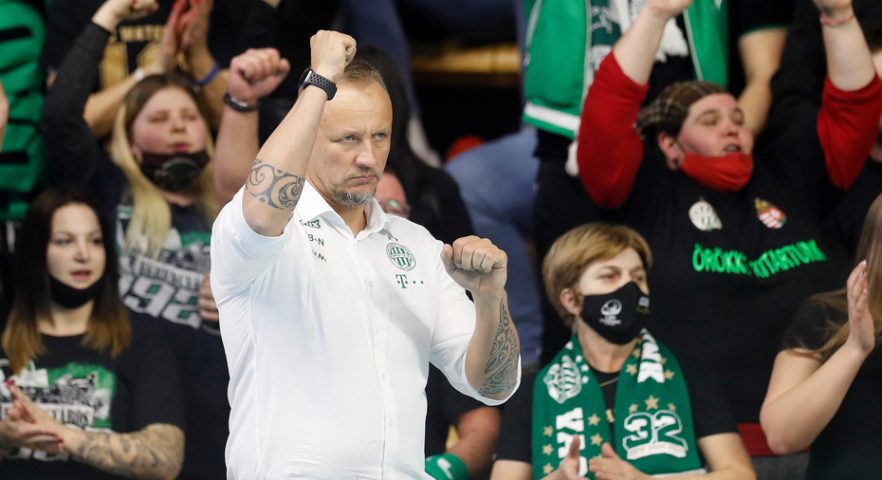 Zsolt Varga has been appointed as the head coach of the Hungarian male national team.

On Monday, Tamas Marcz left Hungary’s bench. He reached a mutual agreement about the departure with the Hungarian Water Polo Federation (MVLSZ) after a disappointing 7th place at the World Championships.

The MVLSZ Board met again today to discuss a new coach and decided to offer a job to Varga. An experienced coach accepted the challenge.

Varga, who was an Olympic champion as a player 22 years ago, has been Ferencvaros’ coach since 2013. He won’t leave Ferencvaros’ bench until the end of the season 2022/23. In the following season, he will guide both Ferencvaros and the national team.

Varga will make his debut in major competitions very soon. He will guide Hungary at the European Championships in Split.

“The most important goal for the Hungarian national team is to qualify for the Olympic Games in Paris. However, at the same time, our strategy is rejuvenation, and this process has to be accelerated now. I hope that the men’s team will earn the Olympic berth. Thanks to Ferencvaros for their constructive attitude. According to the agreement, Zsolt must be available to the MVLSZ after the last club match. We don’t have much time. The European Championship is approaching. The preparations have to start as soon as possible, and Zsolt must name his coaching staff”, Attila Vari said (source the Hungarian Water Polo Federation Press Release)

Vari and Varga were teammates in the national team for years.

Zsolt Varga thanked the MVLSZ for the offer, as well as his club:

“I would like to thank Fradi for the opportunity. I have been able to live every low point and climax at the club. They have always provided the support needed for work. I would like to thank Norbert Madaras and Zoltan Nyiri (the club’s presidents – Ed.) for their help in everyday work and my family – thank you for standing behind me. It’s known that I am a workaholic, and I would love to stand on the beach with a whistle in my mouth. One thing is for sure, the slogan of the next period will be “work, work, work, development, development, step by step.”

He said that he would announce the list of the candidates for the European Championships as soon as possible, with the intention to ensure that players would get the peace they need to work.

“The European Championships is ahead of us. We can’t delay”, Varga said.

Varga (50) won five medals at the European Championships (two gold, two silver and one bronze) and silver at the World Championships representing Hungary as a player. But, his most significant success with the national team is the mentioned Olympic gold medal, won in Sydney in 2000. During his playing career, Varga was a member of KSI, Ujpest, BVSC, Mladost Zagreb, Bissolati Cremona, Posillipo, and Ferencvaros.

Playing for Mladost, Varga won the Cup Winners’ Cup in 1999.

He retired as a player in 2012 and immediately became a coach of Ferencvaros’ youth team.

In 2013, he was appointed as the head coach of the first team of Ferencvaros. Since then, Ferencvaros has returned to the top of the Hungarian and European water polo. In 2018, the “green-whites” won the title of the Hungarian Champion for the first time after 18 years. It retained the trophy the next season and returned to the throne in 2022. Guided by Varga, Ferencvaros won two Euro Cups in a row (2017 and 2018). In 2019 the team claimed the Champions League trophy, the most significant achievement in Ferencvaros’ history. After the title, Ferencvaros won silver (2021) and bronze (2022) in the Champions League.

Varga is the fourth head coach of Hungary’s men in the 21st century. Denes Kemeny coached Hungary between 1997 and 2012 and won three Olympic golds in a row. Tibor Benedek was at the national team’s helm from 2013 to 2016. Legendary Benedek led Hungary to the World Championships gold in 2013. Tamas Marcz replaced Benedek in 2017.