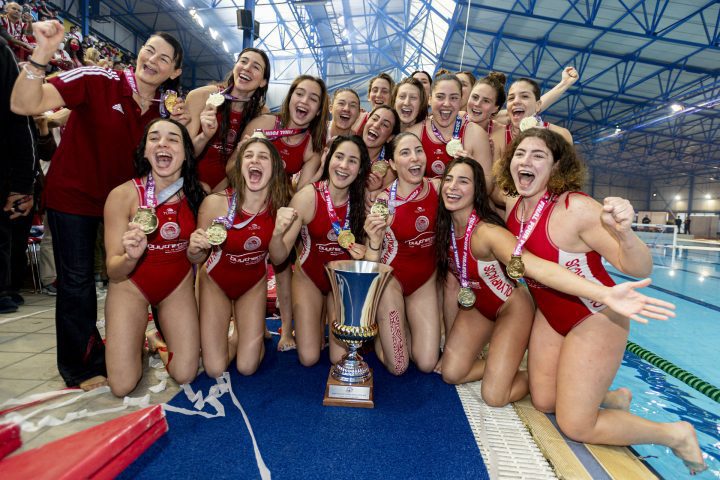 Just like that, the Women’s Euro League is done and dusted for yet another year. After an epic year of action, we break down the main talking points of this years competition.

As the sun sets on another year of fantastic Women’s European competition, is new dawn coming for the women’s game in Greece?

It was something of a double for the Hellenic teams in Europe this year; with Olympiacos winning their second successive Euro League, while their Piraeus neighbours, Ethnikos, winning the LEN Trophy, earlier this week. It has been relatively common for two clubs from the same nation to win both competitions, with this being the ninth time this trend has occurred. It is also not new for Greece to have two winners in both tournaments; Glyfada and Vouliagmeni were the first Greek sides to simultaneously lift both European trophies in 2003, with Vouliagmeni and Ethnikos repeating the feat in 2010.

However, Women’s water polo in Greece could now be beginning to hit a new high after a period of some decline.

Firstly, much has to be said about the standard of many of the pivotal players in both of Olympiacos and Ethnikos’s squads. For Olympiacos, some of their best players this season have been home grown talent such as; Eleftheria, Margarita & Vasiliki Plevritou, Eleni Xenaki, Tina Siouti and Maria Myriokefalitaki.

The same is true for Ethnikos with the Kontoni sisters (Alkistis and Loli-Angeliki), Eleni Elliniadi, Karolina Ioannou and Eleni Sotireli. It can only be a good thing for the Greek women’s game that so many players are playing a big part in their clubs’ success in Europe’s two best competitions, and that’s without mentioning the quality of players who play for other clubs in Greece.

Additionally, the influx of some of the world’s best players is a massive boost to the Greek league. With Ashleigh Johnson, the best goalkeeper in the world, deciding to return to play in Greece, alongside two world class left-handers in the shape of Steph Haralabidis and Kyra Christmas obviously raises the quality and profile of the league, as does importing other stars like Rebecca Parkes, Brigitte Sleeking and Jordan Raney.

Outside the Piraeus clubs, other foreigners have opted to head to Greece with Ilse Koolhaas, Ekaterina Tankeeva, Amy Ridge and Edina Gangl to develop their game. The stars may not play every week, but the fact they chose Greece is significant.

The real test for how healthy Greek water polo is can be measured on how their national team start to perform, which recently has not been great.

Their biggest problem has come in the shape of participating in the Olympic games. Since their silver medal in 2004, they have only qualified to the 2008 Olympic games in Beijing – where they were outclassed by most of the teams. They failed to qualify for London 2012, Rio 2016 and most recently, Tokyo 2020.

So before we get carried away, we have to see how Alexia Kammenou and Anastasios Pirpiris guide their team over the next year or so. They are currently top of their World League Qualifying Group on goal difference and have already qualified comfortably for the European Championships in Split. They have a lot of work to do the be back amongst the medals, but from what we have seen this season from many of their clubs and players, there is reason to be cautiously optimistic if you’re a Greece fan.

Sabadell are not 5 time Euro League winners for no reason. The club has invested a lot of time, effort and money into creating one of the best teams in world water polo. The 18-time champions of Spain will be seriously hurting after this defeat to Olympiacos – the second time they have lost to Olympiacos in a Euro League final in 7 years.

However, as all the best teams often do, Sabadell were quick to remind people that they will be back next year stronger – a sentiment David Palma was very eager to point out in his post-match interview after the Olympiacos defeat.

And there is reason to believe him, with sources suggesting Sabadell are looking to bring three players from Spain to Can Llong next season that would bolster the squad massively; re-signing Bea Ortiz after her move to Terrassa didn’t really work out, tying the young and exciting Elena Ruiz down to a contract, and bringing Two-time Spanish Olympian Paula Leiton in at CF. The importance of big recruitment will not be lost on the Spaniards, having just been beaten by a club that recruited massively last summer.

However, something more than recruitment may be needed for Sabadell. Perhaps a freshening up tactically, or a re-think somewhere else to get the club back on track. It looks like they may lose at least two of their northern-American imports for next season. That said, they have only missed out on a Final 4 spot on two occasions in the last decade, demonstrating the club’s extreme conviction and consistency at the highest level.

A side story in Athens this weekend was how well Plebiscito Padova did to take home a Euro League Bronze medal with victory over UVSE. It was a fantastic result for the club, who finished 4th in 2019, and I think its fair to say that not many people were expecting Stefano Posterivo’s side to give Sabadell such a close game, and then go on to beat UVSE.

However, this in a way summarises perhaps how overlooked the side from Padua are.

When we think of the women’s game in Italy, we naturally think of Olympic Gold in 2004, or some of their greats such as Tania Di Mario, Melania Grego or Martina Miceli. With regards to the Italian game in Europe, we think of the eight Euro League titles won by Orizzonte Catania, or the Euro League titles won by Fiorentina (2007) or Pro Recco (2012). Or perhaps the LEN Trophy victories of Gifa Palermo, Ortigia, Imperia or Racing Roma – all of whom won two LEN Trophies.

But now, the new talking point with Italian water polo is Plebiscito. They currently sit 2nd in Serie A1, with games in hand on SIS Roma. If Stefano Posterivo can keep his very talented squad together, a squad that includes several very experienced Italian players such as Laura Barzon, Laura Teani, Sara Dario, Elisa Queirolo and Martina Gottardo, Padova may be on for their best period in years. If they can add to their oversees imports (Borisova and Armit) with two or bigger players, who knows where the limit is for this team? Admittedly, it must be said that the big attraction of how this team played was the fact they had no stand out stars, so perhaps they should keep doing what they do best and play well with 13 solid and determined players.

This weekend was a really tough one for UVSE, who will be hurting after two different but equally crushing defeats. Against Olympiacos, they did well to match a really high quality side for so long, while it will take a while for the Hungarians to get their defeat to Plebiscito out of their minds – something that may really help Marton Benczur’s side in years to come.

With obvious exceptions, UVSE are a remarkably young side, and that was quite evident this weekend. There were a few mistakes from some of the more inexperienced players, but they will no doubt learn lessons from Athens fast, and I think Marton Benczur is content with this. When we spoke to the UVSE coach a few weeks ago, he told us that he would never sacrifice his clubs’ future for the present, and that trusting the process was what UVSE is all about. While many of his players will be hurting now (especially given the way they lost the Bronze medal match to Plebiscito Padova), this experience, Benczur hopes, will shape their future positively.

With regards to UVSE, they will be absolutely fine. With Tekla Aubeli, Zelma Koka, Nora Golopencza, Kata Hajdu, Panni Szegedi, Rozalia Irmes, Eszter Macsai and Szonja Golopencza all close to 18 years old, the future looks bright for UVSE. They have a wealth of talent at their disposal, and are probably the best team in Hungary. They’ll be back in contention next year for the Euro League Final 4, and will hope that a year on, they can be a year stronger.

On a side note, what a player Rita Keszthelyi-Nagy is. While the third place game was one of the more difficult games for Keszthelyi-Nagy (who played Plebiscito Padova many times when she played for Ekipe Orizzonte), to score a record nine goals in a Euro League Final 4 match is incredible.

Total7 of the Final 4