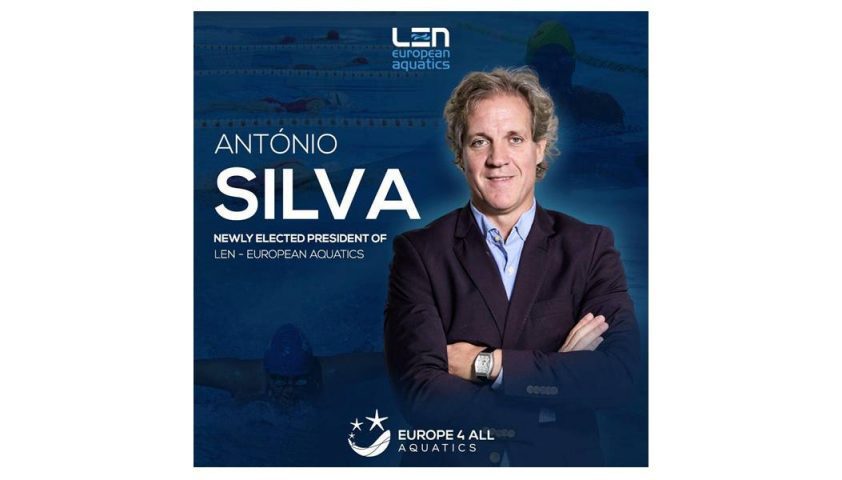 LEN Extraordinary Congress was held in Frankfurt today. The Congress was scheduled after 24 national federations voted of no confidence in the LEN leadership and asked for new elections. That happened at the Ordinary LEN Congress, held in September.

Silva received a vast majority of votes at today’s Congress – 96 votes in favor, 1 against, and 3 abstentions. A new LEN Bureau was elected, too. New Vice Presidents are Josip Varvodic (Croatia), Christer Magnusson (Sweden), Gilles Sezionale (France), Kyriakos Giannopoulos (Greece) and Marco Troll (Germany). (find out more at the end of the article).

Paolo Barelli, who served as LEN President from 2012 to 2022, resigned at the beginning of today’s Congress and left the meeting. In November 2020, Barelli was elected for his third four-year term. But, a lot of things have changed in the last 16 months.

Today, the delegates at the Congress voted 92 to 8 to dismiss the previous Bureau, elected in November 2020.

The E4AA Movement has published a manifesto that contains four key pillars of its future plans – Integrity, Accessibility, Development and Sustainability.

The plans feature goals for covering integrity, transparency and governance, for the accessibility of the sport, for promoting collaboration between aquatic disciplines, and for sustainability.

In brief, E4AA’s vision is “to be an innovative, inclusive and diverse Continental Organisation, underpinned by the highest standards of integrity, that works tirelessly to develop aquatics and serve its Member Federations and other stakeholders.”

More about the group’s manifesto and plans on how to develop aquatic sports and reform LEN you can find out in  Total Waterpolo’s interview with SIlva and Josip Varvodic, published last week.

Silva: We can no longer exist in isolation

In his first speech as President, Antonio Jose Silva said:

“We had the courage to stand up and fight for a better future for all federations and all the aquatic disciplines. We stood up and fought for the principles of Unity, for openness and transparency for the sacred principles of democracy. We spoke out and demanded that LEN worked with FINA for the good of the sport worldwide. We can no longer exist in isolation, together we are stronger.”

The new LEN President underlined that the real hard work was still ahead. Among the first items on his new team’s agenda is the restructuring of the LEN Office and the Bureau and to shape and agreeing on a new Constitution and reviewing LEN’s competition structure and calendar.

“There are no fewer than 8 goals for integrity, transparency and governance, 7 regarding inclusion and access to our sport, 6 for collaboration between aquatic disciplines and 8 for sustainability so we have a lot to do”

He also added, that after the new Constitution is approved – this is anticipated in May, at the next Congress –, his team plans to enlarge the LEN Bureau to include more members and there is a hope that two more European members can join the FINA Bureau in the near future.

Newly elected Vice-President Josip Varvodic also thanked the trust of the national federations and emphasized that there would be no division in the LEN Family any longer as everyone’s opinion shall be heard and welcomed.

Husain al Musallam: It’s time to work as one family

“I would like to congratulate the LEN Family for the successful conclusion of this important Congress – it is important for the future of LEN and all the aquatics around the world” the FINA President said. “I believe it’s time to work as one family. Our goal should be to support the aquatic movement and our athlete with every single step we take. Everybody may have a different opinion, but we should be united to support the development of aquatics.”

“Europe is very important for the world – and the world needs the help of Europe. With the new president and his team, FINA count on Europe in supporting the development of aquatic sports.”

A new LEN Bureau was elected too. The delegates voted for all candidates proposed by the E4AA group. 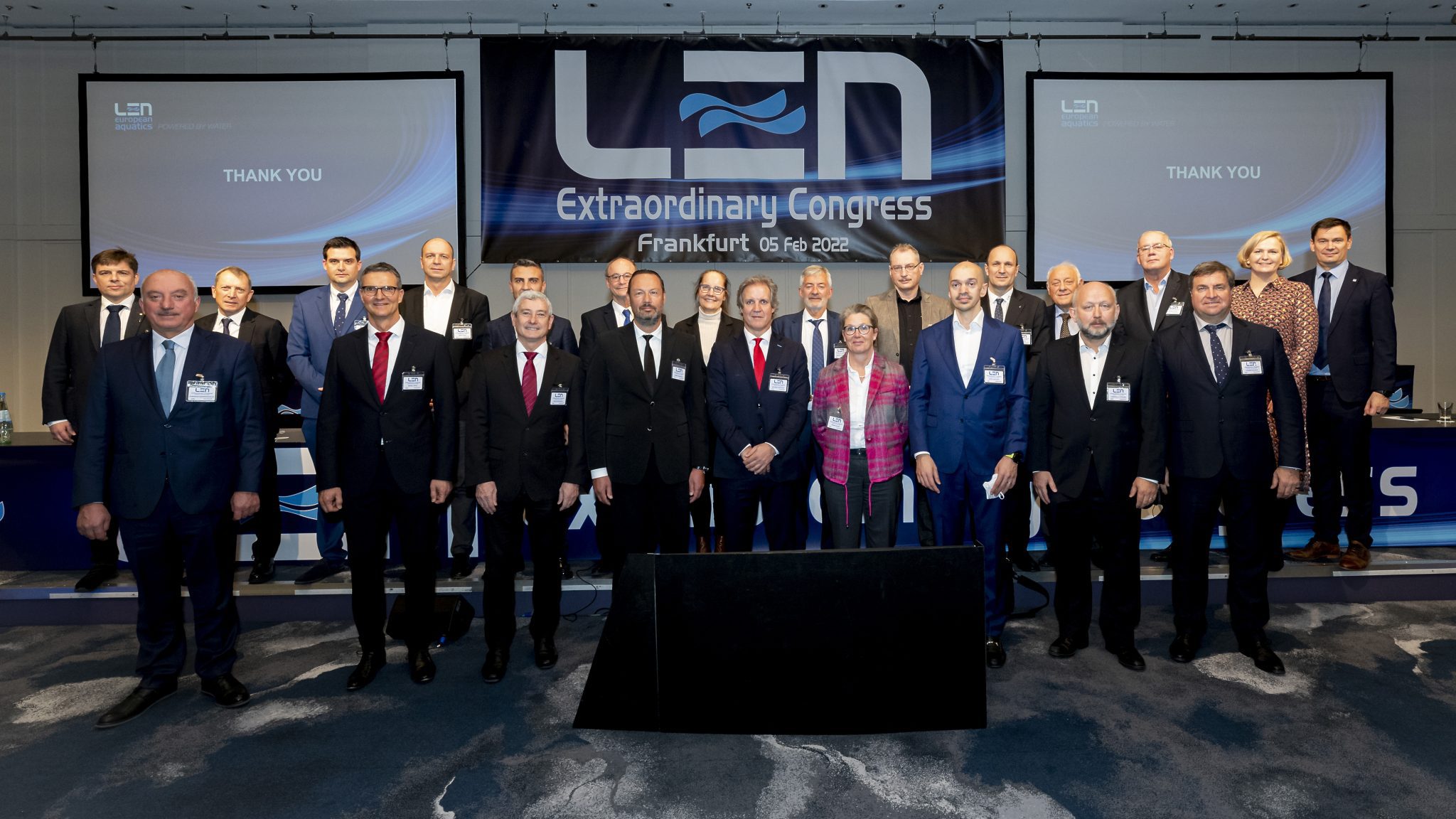 Andida Bouma of The Netherlands is the new General Secretary, while Tomas Kucinskas (Lithuania) will be the LEN Treasurer.