Can Jug reach a “match ball” or will Mladost get even? 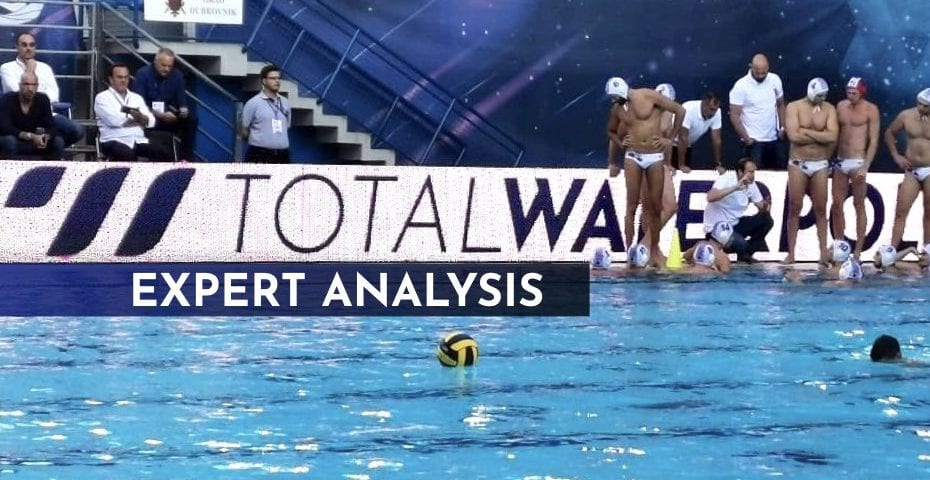 For today’s game, we brought in a water polo expert from Croatia Suhi List to share with us his views on tonight’s 2nd game of Croatian Championships. Hope you will enjoy his analysis.

2nd match of Croatian championship finals will be played today at the open venue of the Mladost pool. This is the most important match being played on an open venue since the European Championship which was played 10 years ago. There are some significant changes today, as there won’t be such a big stands, nor club water polo scene is even close to where the national team was 10 years ago.

Even though this is a 2nd match for the title, it’s the third one in 7 days, as both teams met in Dubrovnik where they fought for the regional title. Mladost won that first match, quite easily, 11-15, where they made a difference in 3rd quarter where they’ve demolished Jug by scoring 7 goals and conceding only 2. It was hard to expect that Jug can lose two back to back matches at home soil, but Mladost came close, eventually losing after 5m shots. The start of the match didn’t suggest such an outcome as Jug had +5 just before half time, while Mladost lost Cuk and Radu, both crucial players.

If Mladost won the previous encounter it would be almost impossible for Jug to come back, as they don’t seem like a side who is 100% motivated. It’s quite obvious that the team needs some changes, and since some players will leave the team, those changes will come.

There are a couple of things that don’t seem to be working as they should. Starting from goalkeeper Popadic, who is young and talented, but doesn’t make a difference in big matches. Can’t say that refs criteria is helping defense, but GK needs to turn the momentum when a team is down. As already mentioned, refs criteria can (and is) drag a match in a high scoring match, so it’s really hard for guards to stay in the match until the very end, but beside Benic, none of the guards is helping in the offense. This especially goes to Merkulov who doesn’t exist in recent matches, or maybe even throughout the season, while Jug could use some shots from distance. Macan plays only defense, and if we compare that with Mladost, they will use much younger guys for the role of getting personal fouls.

Again, it really needs to be emphasized that guards are having a hard task with all the new rules/criteria.

On the bright side, center forwards, especially Loncar, are doing an exceptional job, same as Fatovic on the left side, where he scores, makes a difference on a positional attack, etc. Papanastasiou has shown in the last match that he has a bright future, but it’s really normal for a young guy such as him, to have ups and downs. He’s made a progress, but the real thing should be seen in the next 2 years.

The right side can do much better, no doubt there. Xavi is not a typical scorer for years now, but his presence, defense and vision are what every coach wants. In regional league finals, he wasn’t even close to any of the above. The same goes for Obradovic, who is probably, the most exciting player I’ve ever seen, a true combination of Croat, Hungarian and Serbian water polo school. However, he’s not getting any younger, and sometimes his decisions are not understood by a whole team. On the other hand, it’s the only way he can make a difference, as he’ll score from a half-court when needed.

Marcelic on goal has his ups and downs, but he’s among top 5 world goalkeepers, and he’s a real strength of the team. Looks a bit like Sefik, big, tall, and definitely gives confidence to his team.

Center forwards are the biggest strength of the team as Vrlic and Radu are a dream pair at the moment. Right and left-handed, both with the exceptional ability to score. The last couple of years it seems that center forwards are more focused on scoring than before, and the new criteria is definitely going in their way. Radu, as a left-handed player, is really tough to guard, while giving an additional option on the power play.

Guards are not even close to what Jug has, but their presence and effort they do have proven to be a winning formula. Biljaka and Kunac, along with some younger guys like Bajic, or even Dasic, can’t cope with center forwards, but they go into the match expecting they’ll get expelled with 3 fouls, and the team knows they need to do well on opposition’s power play.

Cuk and Bukic on the left side have shown some really good water polo last two seasons. Bukic, after the return from Pro Recco, is a different player. He takes some shots that are ‘out of the ordinary’, but it’s something you’ll expect from a left side player. Cuk, on the other hand, is playing experienced water polo, and rarely seems that pulse is going above 100. He’s scored some exceptional goals and is always there when a team needs a goal. L

Kharkov on the right has proven that he has a great shot, scoring whenever needed, while still young and will improve in the future. Bowen, until the last two matches, was nowhere, as he was added to this team because of performances for the USA national team. In the last match, when Cuk was expelled, he took his role and did what was expected from him.

Milos and Lazic have been a bit quiet, but Milos is playing on the right side as a right-hander, while he’s not a typical shooter or a goalscorer, so can’t be looked in the same way as Bowen. Lazic has been stagnating for a year now, same as his fellow from junior days, Dasic. Two of them were one of the best players in the EU in their generation.

Mladost seems like a team with a bit wider bench and a team in better physical shape. They’ve won some very important matches vs Jug in the last two seasons, where they were the underdog, so it’s really interesting to see how well will they perform today when they need to chase the series deficit while being the favorite on their home soil. Jug is and will always be Jug, even when they look totally uninterested and out of shape, they’re one of the best teams in Europe.

It’s always easy to sit behind a computer and write that some player is underperforming, but whoever comes to senior status in Dubrovnik, he’s surely a good player, no doubt there.

One of the things where Jug has a significant advantage is coach Kobescak. He’s much more experienced than his colleague, Bajic, and this might make a difference in this kind of match. Bajic has done a great job after taking over from Stritof, we’d even say he’s done more than expected. However, playing this kind of matches, season in and season out, is a given thing for Kobescak.

Jug needs to be calmer and take their chances. Missing 1 on 1’s, or taking distance shots risking counter-attacks won’t help. Mladost will try to focus on a lot of swimming and making a difference on power plays. Whoever will show more cohesion, and will react less on provoking from other team, will triumph here.

One goal might make a difference here, so our chances are 50-50 in this one. Maybe we’ll witness another penalty drama.