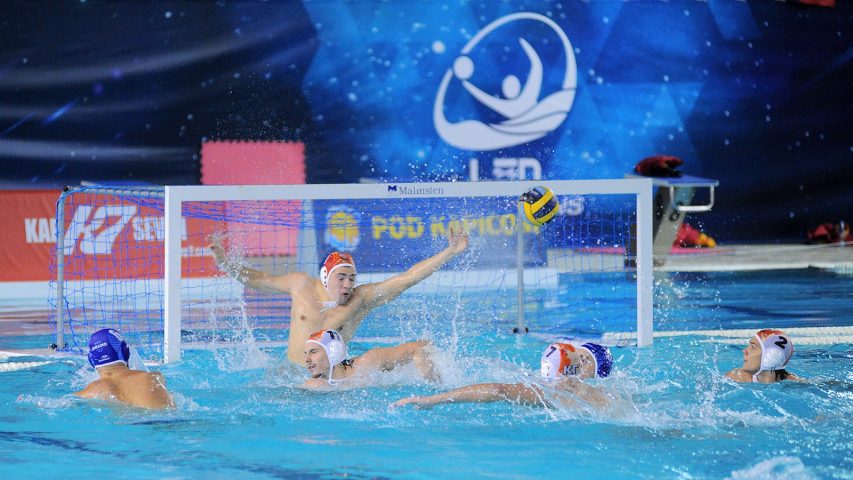 The games of the Champions League 8th round are scheduled for Tuesday and Wednesday.

The second half of the regular season begins, so the schedule is switched – the matches of Group B will be played on Tuesdays and Fridays, while the teams in Group A will enter the pool on Wednesdays and Saturdays.

But it’s questionable if all eight games of the 8th round will be played. At least two games are in danger: Radnicki – Olympiacos (Group A) and Pro Recco – Jug (Group B).

Olympiacos didn’t travel to Serbia today, as was planned. The flight from Athens to Belgrade was canceled due to heavy snowfalls in the capital of Greece. The “red-whites “are blocked in Greece. There is no flight from Athens to Belgrade tomorrow, and Olympiacos have to find some other solution to arrive in Kragujevac. The encounter between Radnički and Olympiacos is scheduled for Wednesday.

Pro Recco decided to play the next three home Champions League matches (against Jug, OSC, Hannover) in a newly-built pool in Milan. The game Pro Recco – Jug is scheduled for Tuesday (21:00 CET). But, as things stand now, Jug may not come to Milan due to several coronavirus cases at the team. If that happens, Pro Recco won’t have a chance to take revenge for a defeat to Jug in Dubrovnik two weeks ago.

To remind, two matches of the 7th round were canceled: OSC Budapest – Spandau 04 and Marseille – Crvena Zvezda (both in Group B). Nine OSC players tested positive before the game against Spandau and the Budapest-based side didn’t have minimum available players for the match (six field players and a goalkeeper). Spandau also had problems with corona cases, but it had enough healthy players.

LEN registered these matches with technical scores. Spandau and Marseille took the points with 10:0 wins.

Almost all teams have problems with the Omicron variant of coronavirus, but as for the other six games of Day 8, there is no information about the possible cancelation.

The calendar is like a mirror, and the games of the eighth round will be rematches of the encounters in the 7th round.

After a 0:10 loss to Spandau, OSC Budapest travels to Berlin under significant pressure. The next game will be a must-win match for the Hungarians.

Crvena Zvezda has slim chances of reaching the Final Eight. Still, the Belgrade-based side, with a new coach Mirko Vicevic, is seeking a surprise in the match against Marseille in Belgrade.

Hannover welcomes Steaua Bucharest. Two weeks ago, the Germans collected the three points in Bucharest. If they beat Steaua tomorrow, they will return to the race for the F8 berths.

The derby of Group A is an encounter between Novi Beograd and Barceloneta. The teams shared the points in Barcelona two weeks ago (12:12). Novi Beograd will be guided by a new coach after Vladimir Vujasinovic’s resignation. As we reported earlier today, it’s most likely that an experienced Dejan Jovovic, the coach of junior and youth teams of Novi Beograd, will replace Vujasinovic. The club’s management will meet soon and decide on a new coach. An official decision by the club is still pending. More information will be available tomorrow.

An encounter between Brescia and Jadran Split might be exciting. In the 7th round, Brescia played with only 10 players and managed to beat Jadran at home.

Ferencvaros is a heavy favorite against Dinamo Tbilisi.