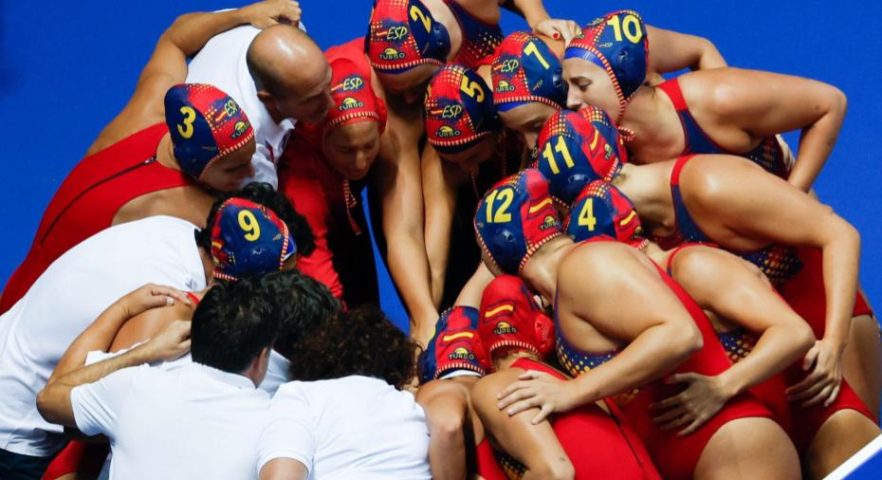 Spanish women’s head coach, Miki Oca, will trim down a training squad of eighteen players next week in preparation for the World League Super Finals in early November.

The reigning European Champions have been preparing with a healthy-sized squad at their performance centre at Sant Cugat del Valles.

All fourteen members of the Spanish team that won gold at the European Championships in Split are currently with the team, along with two players from Sant Andreu, Maria Palacio and Ariadna Ruiz, and two talented young goalkeepers, Elia Jimenez (CN Rubi) and Mariona Terre (CN Catalunya).

Incidentally, two of those called up, Ariadna Ruiz and Mariona Terre, are both sisters of existing squad members, Elena Ruiz and Martina Terre.

Maria Palacio returns to the senior national team for the first time since April’s World League Euro Finals; over the summer she captained the U19 squad that won gold at the European Championships in Netanya – an extremely talented generation of players that includes other players in the senior national team: Nona Perez, Cristina Nogue, Mariona Terre, and Paula Prats.

In February this year, Elia Jimenez and Ariadna Ruiz represented the senior national team in a World League match against Italy in Florence.

Spain will provisionally be considered favourites to top Group B at the Super Finals, a group that is shared with Australia, New Zealand, and Hungary.

The World League is one of the few tournaments in which Spain has never established a real foothold, having won only one medal, silver in Shanghai in 2016. Seven players from that team that lost  13–9 to the United States in the gold medal match remain in the squad now – Laura Ester, Anni Espar, Bea Ortiz, Paula Leiton, Pili Pena, Judith Forca, and Maica Garcia.