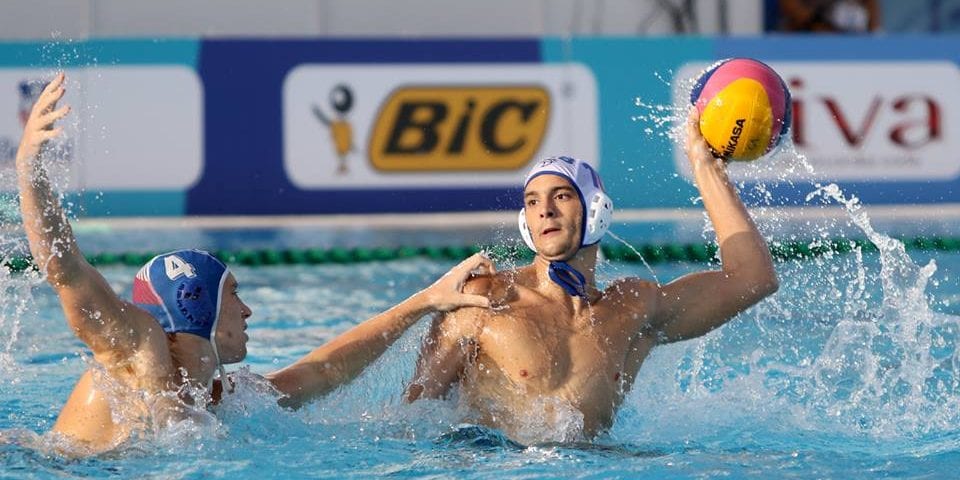 PAOK Thessaloniki finished 10th in the recently completed Greek League. The club, which has been a regular participant in the Greek A1 League since 2000, wants to enter the battle for the higher half of the table.

A  day after the end of the League, the club announced that it had renewed the contract with Theodoros Chatzitheodorou, who has been PAOK’s head coach since the middle of the previous season.

The first reinforcement has come.

Radojevic grew up as a player in Partizan’s water polo school. He left Partizan in January and continued his career in Crvena Zvezda. Since the water polo season in Serbia wasn’t resumed after the break because of the pandemic, he hadn’t a chance to win a trophy with Crvena Zvezda. Still, he has several domestic titles as a player of Partizan and won many medals with junior and youth national teams of Serbia. Three years ago, he debuted for Serbia’s senior team.

“I accepted PAOK’s offer because I have liked the project that the club and the head coach Theodoros Chatzitheodorou prepare, as well as their ambitions for the future. I am sure that I can make progress as a player in PAOK and learn a lot from Chatzitheodorou,”, Radojevic told Total Waterpolo.

Radojevic is the second player who has arrives in Greece from Crvena Zvezda this summer. A few days ago, Nikola Radjen confirmed that he moved to AEK.

The new era for PAOK begins. After Chatzitheodorou, the legend of the Greek water polo, renewed contract, he said for the club’s website:

“We are starting a new season, and a new page opens for PAOK. I can say that we are starting from the beginning, both in terms of roster and in terms of the training process. I would like to thank the President, Mr. Athanasios Katsaris, and Nikolaidis brothers, for their trust. Our big goal and dream are to perform good, beautiful water polo combined with positive results”.

So far, one player has come, and one has renewed the contract. PAOK issued an official statement today and said that the 25-years-old center-back Giannis Papakos would stay in the club.

The transfer market in Italian women’s water polo has been opened.

The eight-time European champion Orizzonte Catania has brought two players. Laura Barzon, who played for the Spanish Sabadell in the last season, returned to Italy and signed the contract with Orizzonte, the reigning Italian champion. Before Sabadell, she played for Plebiscito Padova. Barzon won the bronze medal with Italy at the 2015 World Championships.

Orizzonte’s second addition is Jelena Vukovic, the attacker of the Serbian national team. She comes from Kally Milan, where she spent two seasons. Earlier, she played for Vojvodina (Novi Sad) and Croatian club Bura (Split).