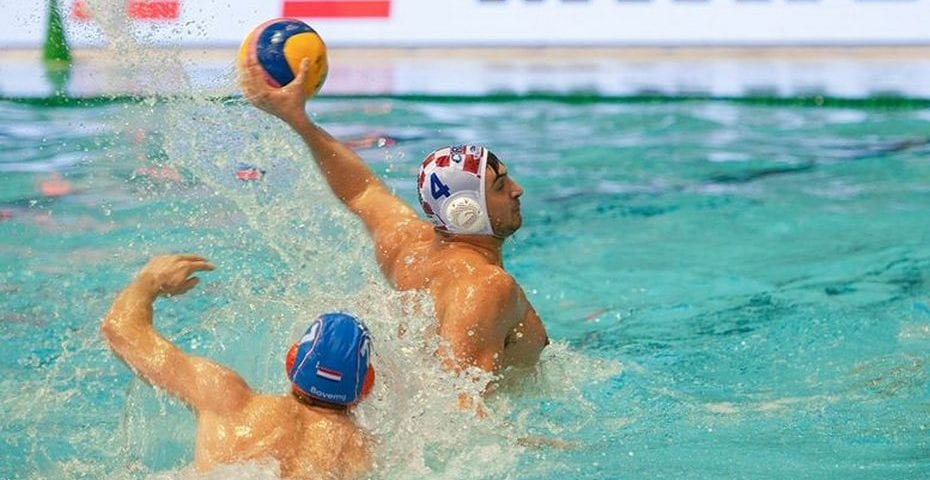 The Greek A1 League has been completed this week, and the clubs started to compose teams for the next season.

Vouliagmeni, the 2nd-placed team, presented its first reinforcement. Luka Lozina (25), the Croatian center-forward, joined the club based in Athens’s suburb. The left-handed Croat comes to Vouliagmeni from Jug Dubrovnik. Recently, he said that he hadn’t agreed with Jug about the renewal of the contact. There were rumors that he could join Primorac or Mediterrani, but he decided to move to Greece.

Lozina played for Mornar Split, Mladost Zagreb, Spanish Barceloneta, and he came to Jug in 2017. He has also played for the national team.

“I am excited to come to Greece and to play for such a good team as Vouliagmeni is. I can’t wait for the start of the new season and the new challenges”, Lozina said in an official statement published by Vouliagmeni.

Lozina still hasn’t finished his “mission” in Jug. He will leave the Dubrovnik-based club after the end of the current season. Next week, Jug will battle for the Regional League title at the Final Four, which will be played in the Gruz pool in Dubrovnik. Then, Jug and Mladost will face off in the final of the Croatian Championship.

Lozina is the second player who left Jug this summer, after Marko Macan, who will play for Waspo Hannover, but, he will, also, finish the Croatian season.

According to the Greek media, Vouliagmeni’s next reinforcement might be Emmanouil Mylonakis, one of Olympiacos’s key players in the past few seasons. He already played for Vouliagmeni and won the double crown (Greek Championship and national cup) in the season 2011/12.

After Nikola Radjen, three players join AEK Athens, which will debut in the Greek A1 League. Konstantinos Flegkas (32), the goalkeeper who won the bronze medal with Greece at the 2015 World Championships, comes from Panionios. A 35-years-old center-forward Nikola Vukcevic, after an excellent season in Vouliagmeni, arrives in AEK. Vukcevic was the European champion with Montenegro in 2008, and he won two European silver medals with the national team (2012 and 2016). Giannis Kourfliftis (29) comes from Chios.

So far, the most significant “bomb” of the transfer window in Greece has been Stefan Mitrovic’s arrival in Apollon Smirnis. The good news for Apollon’s fan is that Nikola Moskov will stay in the club. The Montenegrin, who was the best scorer of the Greek League (77 goals in 20 games), confirmed that he would play for Apollon in the next season.

PAOK Thessaloniki renewed the contract with the head coach Theodoros Chatzitheodorou. The 44-years-old legend of the Greek water polo and two-times winner of the Champions League (2002 with Olympiacos and 2011 with Partizan) arrived at PAOK’s bench in the middle of the 2019/20 season. In the first half of the previous season, he played for Apoel Nicosia (Cyprus).