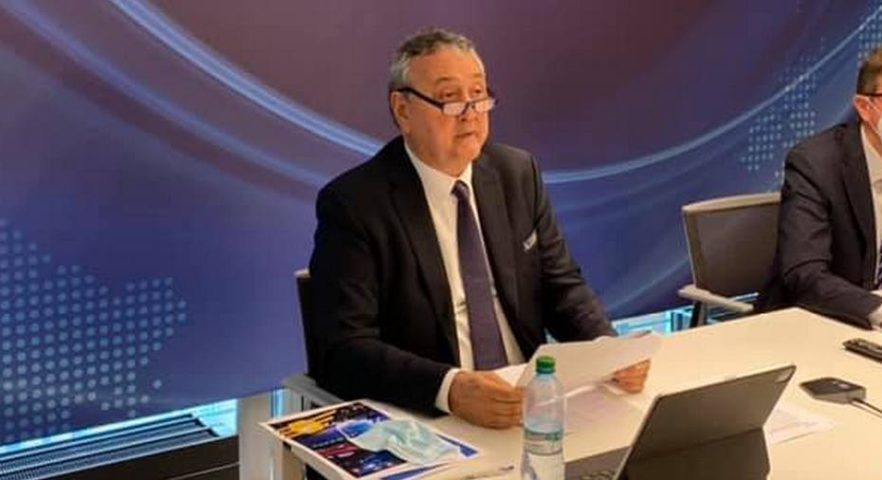 The FINA Ethics Committee is investigating multiple referrals of alleged wrongdoing from three separate cases against Barelli, the President of the Italian Swimming Federation (FIN), former FINA Bureau Member and former LEN President, FINA announced today.  Barelli is ineligible to act as President of the Italian Swimming Federation during his provisional suspension.

These cases have had a long history.

Last year, after a series of accusations and media reports about controversial contracts and financial irregularities at LEN, the Swiss Police seized documents in a raid on the offices of LEN as part of an investigation.

Besides Paolo Barelli, former general secretary David Sparkes, and Tamas Gyarfas, who was LEN treasurer, were accused of wrongdoing by Bartolo Consolo (LEN President between 2000 and 2008). In 2020, Consolo confirmed the existence of controversial contracts between LEN and several companies. The case wasn’t solved inside LEN, as Consolo asked. Actually, LEN Bureau Members at that time accepted Barelli’s and LEN Leadership’s explanations in which they denied any wrongdoing. Because of that, Consolo alarmed Swiss authorities, which are responsible as LEN’s headquarters is in Switzerland, in Nyon.

The Swiss police won’t comment on the matter during the investigation.

Barelli was re-elected as the LEN President in the autumn of 2020. But, last year, 24 national federations voted of no confidence in the LEN leadership and asked for new elections. The Extraordinary LEN Congress was held in Frankfurt on February 5, 2022. Barelli resigned at the beginning of the Congress. Antonio Jose Silva (Portugal) has been elected as the new LEN President with a vast majority of votes (96 votes in favor, 1 against, and 3 abstentions). The new LEN Bureau was also elected in Frankfurt in February. The delegates at the Congress voted 92 to 8 to dismiss the previous Bureau, elected in 2020.

The allegations of wrongdoing under investigation by the FINA Ethics Panel against Mr. Barelli include potential multiple rule violations of the FINA Constitution and the FINA Code of Ethics.

Mr. Barelli’s provisional suspension shall stay in effect until the resolution of all matters underway with the FINA Ethics Panel.”

Shortly after FINA’s announcement, the Italian Swimming Federation published Barrelli’s statement. Among the other things, he says that “he is sure that this story, like all the others with which in Italy and abroad people tried to tarnish him, will end with the full demonstration of his correctness “.

More than 20 years ago, Barelli entered politics. Currently, he is a candidate for re-election to the Senate of the Republic of Italy as a member of the Forza Italia party.