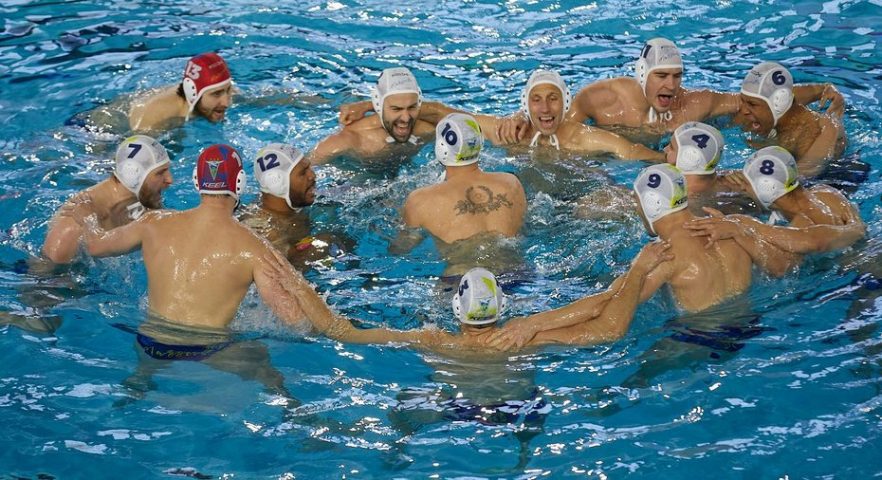 A great water polo summer is behind French water polo. In 2022, the national team achieved the biggest successes after WW2.

For the first time after the 1936 Olympic Games, the French reached the semifinal of a major competition. They finished 4th in the World League. In September, the French water polo players won 6th place at the European Championships, which is their best result at a continental championship since 1950. They beat Serbia on their way to the quarterfinals.

Tomorrow, the new season in the French League begins. The national championship (Championnat de France) is one of the oldest in the world of water polo. The first one was held in 1896, and the following will be the 121st season.

Many say the 2022/23 league will be the best French Championship in history. They have a good reason to because all clubs have strengthened their frameworks, and many young French players have matured.

Although only nine teams will participate (FNC Douai, which withdrew, hasn’t been replaced), the competition will be of very good quality.

As in the previous several seasons, the favorite No. 1 is Marseille, which won 7th place in the Champions League last season. The title holder hasn’t made many changes on the roster. Igor Kovacevic, who was one of the pillars and the captain between 2016 and 2022, retired, but two good reinforcements arrived – American Hannes Daube and Andrea De Nardi, a player of the national team. The reigning champion renewed the contracts with aces Andrija Prlainovic, Ante Vukicevic, Uros Cuckovic, Dejan Lazovic…

“Our goals haven’t been changed, and these are the “double crown” – trophies in the national league and Cup. I expect the team to continue progressing in the following season and keep the top position in the French water polo despite the pressure of our favorite. As for the Champions League, we hope that we will play at a high level and that we will reach the Final Eight for the third time. We are aware that it will be a very demanding task. If we reach the Final Eight, we will have a huge motive to achieve a better result than in the previous season. Each step further would be great for our club”, Scepanovic told Total Waterpolo. 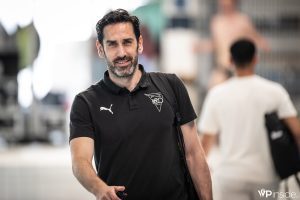 Commenting on the quality of the league, Scepanovic said:

“The French League has been better and better from season to season. Marseille isn’t the only French team with high ambitions in the LEN competitions. Last season, our biggest rival was Cercle 93 (Noisy-le-Sec). This season, besides Cercle 93, we have Tourcoing, which has reinforced significantly and has high ambitions both in France and Europe. Strasbourg is also a quality team. As for the others, they are on a good and balanced level. The championship has been growing, and many quality players will play for the French clubs this season”, Scepanovic said.

Alex Bowen is one of the great players who arrived in France during the transfer window. The American, the best scorer of the World Championships in Budapest, joined Noisy-le-Sec (Cercle 93), the second-best French club in the past two seasons. Noisy’s reinforcements are Serb Drasko Gogov and an excellent French goalkeeper Remi Garsau. As for departures, Mehdi Marzouki, who was the team’s captain, Mathieu Peisson, Andrei Prioteasa and goalkeeper Stefan Zivojinovic left the club. At the beginning of the season, a problem for the Paris-based club might be that some of the reinforcements arrived at the team recently. Alex Bowen joined the new teammates last week. Drasko Gogov also wasn’t able to be with the team during the entire preparations. But, Noisy is definitely, the team that can achieve good results in France and Europe. 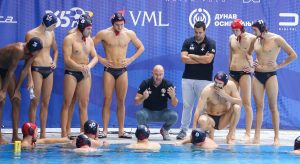 Scepanovic underlined that Tourcoing had been reinforced. Really, the club has high ambitions. A new coach is Petar Kovacevic, who was Marseille’s and the national team’s head coach and worked in Spandau in the past few seasons. As we already reported in our articles about the transfers, new players are Mehdi Marzouki, Marin Dasic, Dragan Draskovic, Matija Brguljan, Lukas Durik, and several younger players. Tourcoing started the season with four wins in as many games in the Champions League qualifications and aims to battle for the medals in France and a spot in the Preliminary Stage in the Champions League. 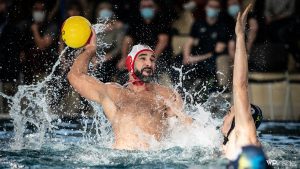 Mehdi Marzouki moved from Noisy to Tourcoing Photo by WP inside

Besides Marseille, Noisy and Tourcoing, three clubs will represent France in Europe this season – Strasbourg, Montpellier and Pays d’ Aix.

All three are targeting spots in the LEN competitions for the next season. Strasbourg changed the team significantly. Montenegrins Marko Petkovic (the captain of the national team) and Vlado Popovic arrived along with Croat Ivan Zivkovic and a very talented French Steven Vitrant.

Montpellier will count on almost the same framework as in the previous season, which is, as usual, an advantage compared to the teams which brought new players.

Pays d’Aix, which played in the Champions League a few seasons ago, had ups and downs in the previous few seasons. Sixth place in the 2021/22 season isn’t a result that made the club happy. However, Aix will play in Europe and has prepared thoughtfully for all competitions. Additions are Cedric Rocchietta, Tom Beteille, Mathieu Peisson, Nikola Strkalj, Marin Vrdoljak and Thomas Dunstan, while two key players departed (Vlado Popadic and Goran Grgurevic).

Reims, Nice and Sete aren’t contenders for the spots in the playoffs (the top six teams will advance to the playoffs). Still, all three teams have surprised or made the trouble the favorites in the previous seasons. They have the right to dream about 6th place. However, it’s questionable which results in the French League can be considered surprises. The teams from the lower part of the table are also experienced, and of good quality, so everything is always possible.